A few days before the opening of the 2022 edition of the Mobile World Congress in Barcelona, ​​Ericsson has published an update of its own Mobility Report relating to Q4 2021which highlights a growth in the number of active SIMs and also a real one surge in 5G subscriptions all over the world.

This new update complements last year’s photograph that emerges from the Mobility Report Of Ericsson mid-year and November 2021. To tell the truth, the most interesting comparison is the one with the report of last March referring to the end of 2020, which allows us to analyze the numerical differences on an annual basis.

According to the report, 2021 ended with 8.2 billion SIM cards all over the world (at the end of 2020 there were 8 billion, therefore 200 million less) and alone Q4 subscriptions to the mobile network recorded a remarkable growth of 24 million units.

These numbers confirm and consolidate a fact: the SIMs in circulation are greater than the population of the planet – with a penetration rate of 104% -, while there are approximately 6 billion single subscribers. This difference is obviously explained in light of the presence of multiple SIM cards per person and inactive subscriptions.

Another very significant figure is that relating to the continuous growth in the use of internet from mobile: in Q4 2021 as many as 80 million mobile broadband subscriptions added to the total, bringing it to about 6.9 billion and translating into an annual growth of 6% (6 billion at the end of 2020). The vast majority of these mobile subscriptions (85%) are of the mobile broadband type, therefore they are subscriptions that allow users to make use of online applications and services.

As for the technologies used for mobile internet access, subscriptions LTE grew by 37 million units in the fourth quarter of last year, bringing the total to 4.7 billion and thus accounting for 57% of all mobile subscriptions. Although the total is still lower, thesurge in subscriptions 5G in Q4 2021 it was even more impressive: further 98 million they brought the total of active 5G subscriptions worldwide a 660 million.

The data, also emerging from the Ericsson Mobility Report, certainly contributed to this growth 200 operators telephones with 5G services in the price list, with at least 20 that also have 5G SA (Standalone) networks.

On the other hand, the numbers of subscriptions to the HSPA (-51 million) and GSM (-52 million) networks are in free fall.

Finally, a notable increase in mobile data traffic: the 80 Exabyte (EB) of Q4 2021 they represent a growth of 44% compared to the same period in 2020. The quarterly growth of approximately 8% is also noteworthy.

For more details, find the full report at this link. 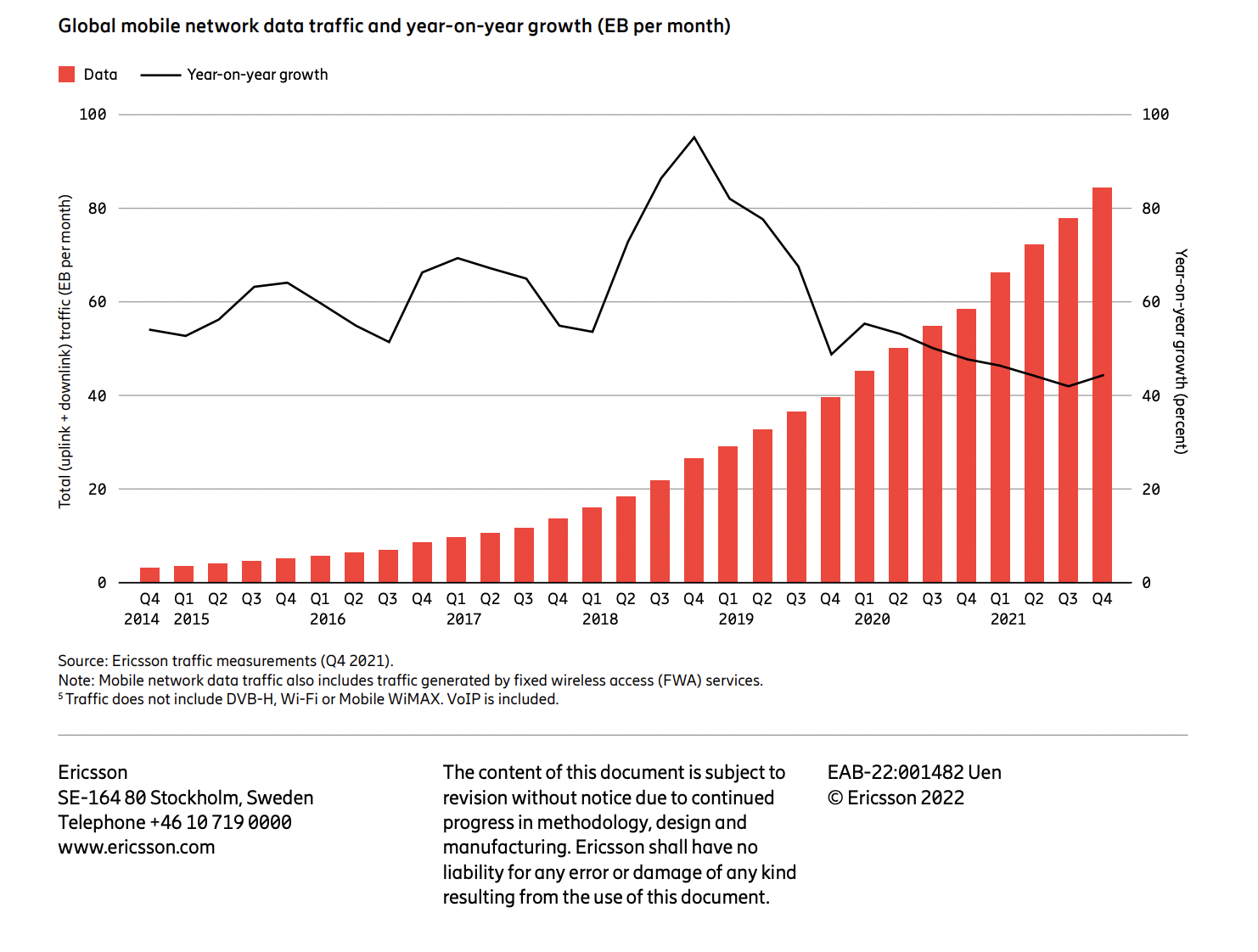 It might also interest you: 5G is having a major impact globally, but Italy does not shine