Remember the problems encountered on Android 12’s Amazon Appstore? Well, it seems that they have been finally solved. The e-commerce giant has released an update, and now the apps not only appear regularly when you log into the virtual store but can also run smoothly once downloaded.

We have released a fix for an issue involving app launch for Amazon Appstore customers who have upgraded to Android 12 on their mobile devices. We are contacting customers with the steps to update their Appstore experience. We apologize for any disruption this has caused. 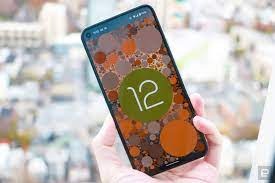 The first problems were encountered when Android 12 arrived on the first devices, namely the Pixels (including the new 6 and 6 Pro) and Samsung’s Galaxy S21 range, first in beta and then on the stable channel. In practice, the initial enthusiasm due to the release of the new Google operating system quickly turned to despair: the Amazon Appstore was unattainable, or at best it was, but the apps were not executable. An unfortunate fact, especially if the non-working apps had been purchased previously.

Amazon has not provided any information on the reason for this malfunction, however, the important thing is that the problem has been (hopefully) fixed. Some blame the incompatibility between Amazon’s DRM and Android 12, but, as mentioned, there is nothing official. Tell us in the comments what your experience was about it.