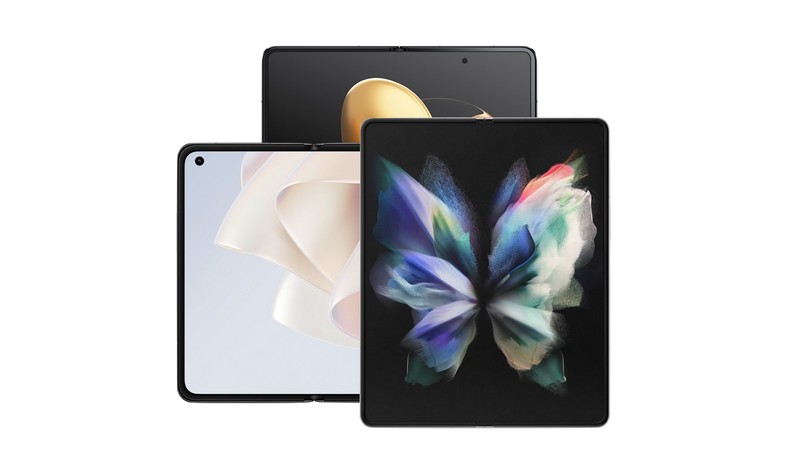 Could 2022 be the year of folding smartphones? In a sense, yes, because the fold that the market is taking – pardon the pun – seems to be just that. And unlike 2021, in which Samsung was able to act unchallenged due to lack of competition (yes, there was Mate X2, but we all know Huawei’s situation), the year that has just begun puts us in front of several alternatives. Two above all: Oppo Find N, presented in mid-December and ready to do battle at least on the Chinese market, and then also the latest arrival, that Magic V that Honor unveiled a few hours ago and which is already talking about itself for a card respectable technique and, of course, for its form factor.

If we had to describe them toman in the street that knows nothing of technology and does not follow the evolution of the market, we could say that it is about smartphones that have in common the fact that they bend. Nothing more, nothing less. And yes, they come with an external display and a large internal display that can be accessed once opened to book the device. We specify “book”, because there are other foldable ones on the market, which however open like old flip phones – see for example Razr 5G and Galaxy Z Flip 3.

They also have the functionality, or rather that of providing a large display in a relatively compact body. AND the only way the most popular way today is the one offered by foldable. Multitasking, browsing, writing, reading, gaming: so on and on, the three solutions proposed by Samsung, Oppo, and Honor (in strict order of release on the market) allow you to live a satisfying experience from different points of view. We will not enter here into the merits of the pros and cons, so we refer to our dedicated in-depth analyzes: here we are interested in finding out what are the meeting points between the three models and which are the differences from a technical point of view.

Let’s start immediately from the element that most of all differentiate the three folding smartphones: the form factor.

Of the three, the one that comes closest to the experience of using “traditional” smartphones is Oppo Find N thanks to the 5.49-inch external display with 18: 9 ratio: a ratio that we also find on other non-folding devices, and which allows you to use the screen more easily, especially for typing. Instead, they are more elongated Z Fold 3 (24.5: 9) and Magic V (21.3: 9), with the solution proposed by Samsung which, given in hand, we can define the most “extreme” with the long display is tight. Even in this case, however, typing and navigation, in general, are far from impossible, indeed: in the end, it is a matter of taste and habit.

Three different brands have three different solutions for the hinge, which in all cases seems to be definitely of excellent workmanship (for the Z Fold 3 we have the tests). The Samsung smartphone adopts the Hideaway Hinge, a solution that with the Flex mode allows you to keep it open at any opening angle between 75 and 115 degrees. Sweeper technology protects the mechanisms from dust and up to 200,000 closures are guaranteed.

Oppo has focused heavily on the disappearance of the central fold, whose visibility has been reduced by 80% compared to the competition – here the explicit reference goes to the Z Fold 3. The hinge is called Flexion Hinge and is made up of 136 members. The gap between the two parts of the display has been eliminated, thus avoiding the entry of dust which, over time, could create problems when opening / closing the smartphone. Also in this case the hinge allows you to keep the device open with angles between 50 and 120 degrees.

Magic V adopts a “waterdrop” hinge – Waterdrop – which, according to the company, ensures that the display does not have any creases in the center. The system adopted by Honor is rather similar to that of Oppo.

If Z Fold 3 and Find N rely on the Qualcomm Snapdragon 888 platform, Magic V is the first folding instead to be based on the most recent Snapdragon 8 Gen 1. We will see how this choice will affect daily use. There are no substantial differences instead for what concerns the RAM, which in all three cases comes to 12GB (Find N also has the 8GB version), and the internal memory, 256 or 512GB both on Z Fold 3, both on Find N, and on Magic V. None of these have the slot for memory expansion, while there is a double SIM slot. 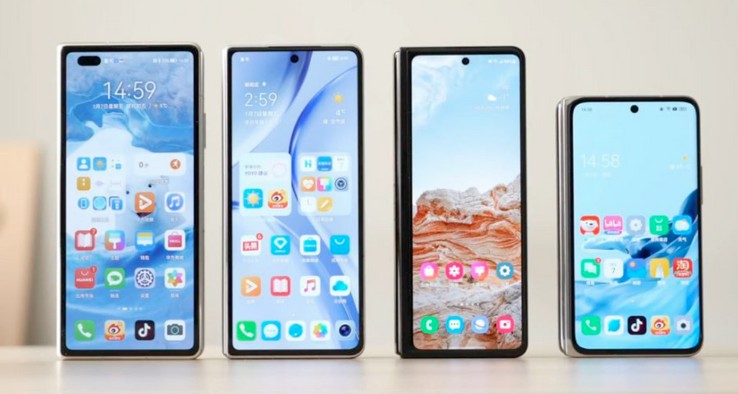 Beyond the megapixels, the differences between the three smartphones reside in the positioning of the internal camera, which on the Z Fold 3 is integrated below the display, while on the other two it is housed in a hole: top left on Oppo, in the center of the right side of the display on Honor.

The three manufacturers have opted for similar solutions for the rear cameras: the tele that we find on the Z Fold 3 and Find N is replaced on Magic V by the Ultra Spectrum camera (or Spectra Enhanced Camera) 50MP with 20mm focal length and f / 2.0 aperture. It will be interesting to see how it behaves in the interpretation of the colors of the shots.

Here we will be brief: the stylus is still exclusive to Galaxy Z Fold 3: Neither Find N nor Magic V support the stylus. This represents a significant differentiator, given that the Samsung S Pen allows you to perform some activities in an extremely fluid and satisfying way. In this field, the know-how acquired by the Korean company is decidedly superior to the competition. We will see with the next generations of folding Oppo and Honor.

The last notes concern the battery and the dimensions of the three devices.

In terms of amperage, they are all very similar to each other, but it is obvious that it is not possible to make an objective comparison on the autonomy based only on the technical datasheet. We will see in daily use how the Oppo and Honor solutions will behave. The Magic V lacks wireless charging, all have instead of the fast charging system (up to 66W on Honor) and reverse (up to 10W on Oppo).

Let’s end with the size and weight: the most voluminous are Galaxy Z Fold 3 and Magic V, the most compact – thanks to the more “traditional” form factor when closed, is Oppo Find N, which makes this characteristic one of its strengths (and differentiation). More compact, yes, but not lighter: the palm of lighter less heavy goes to Samsung (271g), while the heaviest is Honor’s Magic V which in the Space Silver and Black versions touches 293g.

A final note goes to the resistance: Samsung Galaxy Z Fold 3 is the only one of the three to be IPX8 certified. Also in this case it pays the fact that the Korean manufacturer is already in the third generation of its folding, and the accumulated experience has certainly allowed him to reach this milestone. Not obvious, by the way.

Here the comparison is more difficult, because of the three only Galaxy Z Fold 3 is available on our market. We report the prices of leaflets for the Chinese market to have greater uniformity of evaluation, without however making comments that would otherwise risk being misleading.