With a surprise announcement on its official blog, Sony has finally shown the first images of the final version of PlayStation VR2 (confirmed name, by the way), the next VR headset dedicated to PlayStation 5.

Together with the images, which portray the helmet from every direction, the Japanese house has also added some details about the design and functionality of the accessoryas well as showing the final version of the controller design Sense that will be included with the viewer. Recall that the controllers were the first element of PS VR2 to be made official and the version shown today differs mainly in the use of the white color in some aspects of the controllers.


As for the viewer, we can immediately notice a clear change of design compared to the first version. PS VR2 has much softer and more rounded lines, as well as being more compact and lighter. We immediately notice the presence of 4 cameras that should manage the inside-out tracking system, thanks to which the viewer can establish the position in space without having to resort to the PlayStation Camera, as was the case with the first version.

Sony has also revealed some small details that cannot be grasped by the images, such as the fact that the viewer presents a particular ventilation system able to effectively reduce the formation of condensation on the lenses during prolonged use. Still regarding the lenses, the company has also confirmed that those of PS VR2 are mobile and can be adapted to follow the interpupillary distance of each user, in order to improve the quality of the gaming experience. 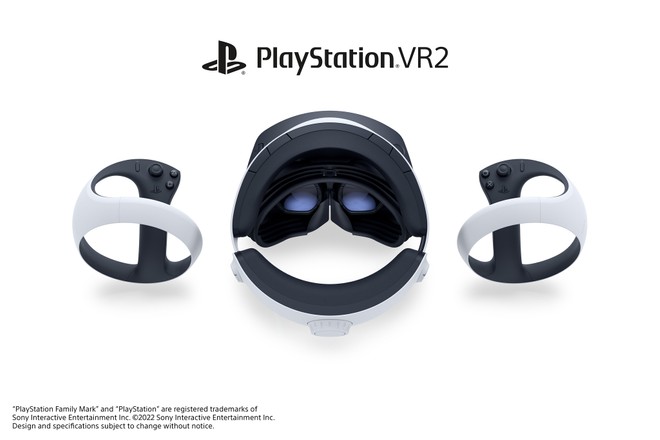 Also confirmed the presence of a single Type-C cable to connect the viewer to PlayStation 5, an element that finally makes the peripheral plug & play, since the additional computing unit of the first PS VR disappears. Great attention is also paid to the issue of ergonomics and comfort, but these factors can only be confirmed after a field test of the viewer. Finally, Sony also confirmed the presence of a haptic vibration system also on the helmetin addition to what we will find in the controllers.

With this announcement we can begin to expect more and more news regarding the development of new VR titles for PlayStation 5, since Sony said the development kits are already in the hands of the core teams. We do not have an official launch date yet, but it is possible that the official presentation event is close at hand in which all the features and the launch lineup will be revealed. Probably this will happen in the course of the summer and the commercialization could already take place for the 2022 holidays, but this is only our speculation.