The arrival on the market of Samsung 2022 TVs is approaching and while in Europe the availability is fixed starting from April 6, in the United States the first series Neo QLED has been included on the official website together with the list prices. The products we are talking about are the QN800B, 8K LCD with Full LED Array and Mini LED backlight. There are three cuts available: 65 “, 75 “ And 85 “. Everyone should have VA-type panels while there are no precise indications on the refresh rate, even if, being a high-end series, we assume that it will be among those capable of reaching up to 144 Hz if driven by a PC.

Aesthetics are always characterized byInfinity One Design and therefore by extremely thin frames, so much so that they are barely visible from normal viewing distance. Then there is theAttachable Slim One Connect, the external box with reduced footprint that has accompanied high-end Samsung TVs from 2021. The Slim One Connect offers greater versatility during installation: it can be placed on a shelf, even away from the TV body (a single cable runs between the two elements), or it can be fixed on the back of the pedestal, to maintain greater cleaning. It should be emphasized that the box supplied with the products of the 2022 range is lower: it goes from 40.8 mm to 33.2 mm, 23% less.

All processing and optimization of images and sound are entrusted to Neural Quantum Processor 8Kequipped with the Multi Intelligent Picture Technology and equipped with 20 different models of neural networks. We therefore speak of artificial intelligence and specifically of deep learning (here we explain what it is and how it is used by Samsung) applied to various areas. Electronics analyzes images in real time and identifies a series of objects, that is, the most relevant details, those on which the viewer’s attention is focused. The so-called is then applied AI Object Depth Enhancerwhich consists of a series of algorithms aimed at recreating a greater detachment between the elements in the foreground and the background. 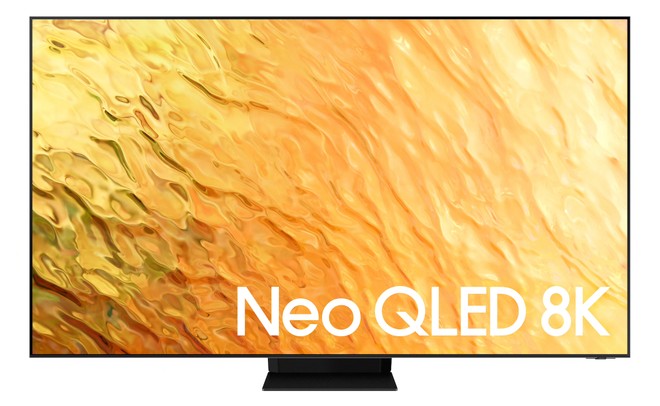 The QN800B TVs are then equipped with Ultimate 8K Dimming Pro, Quantum HDR 32x And Quantim Matrix Technology Pro. The latter introduces a novelty compared to last year’s QN800A: luminance control now operates at 14-bit versus 12-bit on 2021 models. This allows you to more effectively optimize the emission of light from the Mini LEDs, modeling their shape with more precision, also thanks to the Shape Adaptive Light Technology that it controls in real time the amplitude with which the tiny diodes emit light. We thus obtain a increase in the number of shades on the gray scale: 16,384 against the previous 4,096.

Samsung claims full color volume coverage for the DCI-P3 color space. The viewing angle is higher than a conventional LCD thanks to theUltra Viewing Angle, combined with an anti-reflective filter that should guarantee a better perceived contrast ratio even in conditions of high ambient light. Obviously there is no lack of compatibility with HDR: Samsung supports formats HDR10, HLG And HDR10 + also in the form of HDR10 + Adaptive and HDR10 + GAMING. Then there are all the solutions that intervene on moving images: Auto Motion Plus, Clear Motion LED And Motion Xcelerator Turbo Pro (specific for video games).

The audio section consists of a system a 4.2.2. channels with an output of 70 W. The most relevant news is the support for the Dolby Atmos which adds to the technologies Object Tracking Sound + (OTS +) And Q-Symphony. OTS + relies on the processor to analyze the motion of the objects present in the source in order to make the origin coincide (as far as possible) with the images flowing on the screen. The integrated speakers are used to recreate a virtual surround effect that takes advantage of all the channels present. With Q-Symphony, here in an improved version in terms of synchrony, you can increase the effect by adding a compatible soundbar that works in synergy with the audio systems of the TVs.

Still remaining in the context of the improvements regarding the sound, we point out the new function Human Tracking OTS, an application of OTS technology designed to intervene on dialogues. The electronics make use of the contribution given by intelligence to identify the presence of voices and their position on the screen, obtained through the detection of faces. The information thus obtained makes it possible to establish the origin of the dialogues with greater precision. The full-bodied list of electronics-borne interventions also includes Adaptive Sound +which applies an equalization suitable for various types of content, e SpaceFit Soundwhich analyzes how sound travels around the room and applies all necessary corrections to optimize its performance. 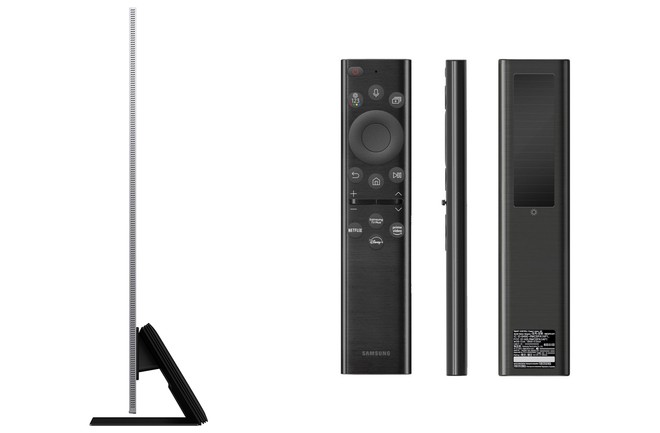 Connectivity includes Bluetooth 5.2, Wi-Fi 6 and four HDMI inputs, all apparently in version 2.1 with signal support Ultra HD at 120Hz, eARC (HDMI 3), Auto Low Latency Mode And Variable Refresh Rate (VRR) in the form of HDMI Forum VRR And FreeSync Premium Pro. There Smart TV is always based on Tizen which here presents itself with a completely renewed and developed interface on the whole screen. The equipment is completed by the new remote control with integrated battery and a double charging system. To the back paneldesigned to capture sunlight and artificial light, a system is added that allows obtain energy by exploiting the radio waves emitted by a Wi-Fi router or any wireless source.

Prices are as follows:

The price list has remained practically unchanged compared to that of the QN800As: the only difference is a drop of $ 100 for the 75 “. We therefore expect that prices in Europe and Italy will be more or less in line with those of 2021. Obviously, too. we will not fail to report the Italian price list as soon as it is available.