40 million years ago the Earth had a very different appearance from the current one: a study recently published in Earth-Science Reviews allows us to know some more details about its configuration. Scientists have even discovered an entire continent that until now had been completely forgotten.

The continent was baptized “Balkanatolia”, because today it corresponds very vaguely to the area of ​​the Balkans and that of Anatolia, as shown by the maps of the time (reconstructed, of course) and the current ones shared by the researchers. It emerged thanks to a lowering of sea levels, and essentially created a land bridge between Asia and Europe. The continent offers a very plausible explanation of a mystery that has perplexed scientists for years, namely how did the first Asian mammals to spread to Europe at the expense of native ones.

The event is known as Great Coupure, and is one of the great mass extinctions documented by scientists. Balkanatolia, which was previously a simple archipelago isolated from the other major continents, is thought to have emerged between 5 and 10 million years before the Great Coupure.

Scientists have found several fossils that coincide with this theory, including fragments of a rhino-like animal’s jaw at a site in Turkey, roughly 35-38 million years old. It is the oldest fossil of Asian ungulate discovered so far in Anatolia, and it is at least 1.5 million years before the Grande Coupure: it indicates that Asian mammals were already on their way to Europe via Balkanatolia. 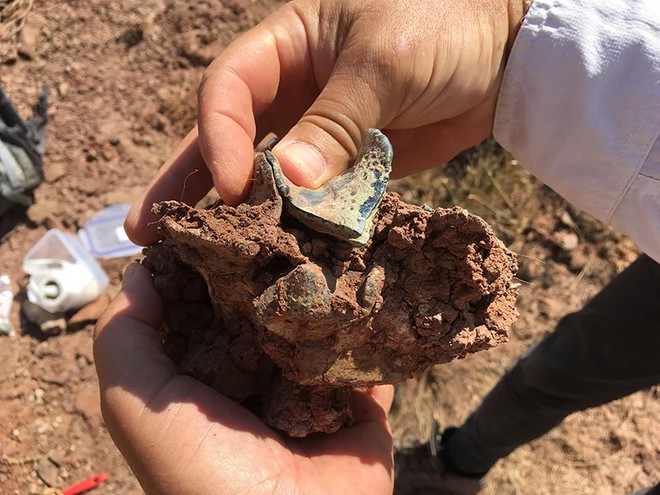 Unfortunately at the moment the information is very fragmentary and there are still many questions to be resolved: so far the theories are all based on fossils of animals, especially mammals, which clearly belong to the same species. It is not clear how much biodiversity there was in that area, and there are still many uncertainties about the actual stability of land connections between the various islands that made up the archipelago.