The announcement came directly from the president of El Salvador Nayib Bukele, which has illustrated the first phases of the project that will lead to the creation of a real city which will overlook the Gulf of Fonseca, between The Unión And Conchagua, a region characterized by a particular presence of volcanic activity: it is about to be born Bitcoin City. 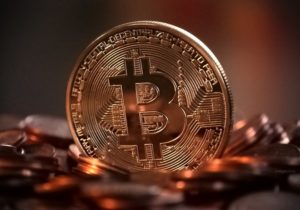 This last detail is not irrelevant, as the heart of Bitcoin City will be powered by geothermal power plants which will provide the energy dedicated to both the city and the cities Bitcoin mining business which will help support the economy of the new centre (in order not to miss anything, the city will have the shape of a coin), without giving up all the comforts of a big city. Its nature as a tax haven has already been confirmed, as Bitcoin City will have no gains, income or property taxes, but there will be VAT only.

It is therefore undeniable that the aim is to attract all those who work in the sector, creating a centre that not only has strong incentives from a financial point of view but also demonstrates that it embraces the lifestyle and belief of those who are focusing strongly on the world of cryptocurrencies. Obviously, it remains to be seen whether the Bukele administration’s project will actually be attractive to this audience: we move in completely unexplored territory and there are no concrete dates yet regarding the planned development of Bitcoin City

Meanwhile, the creation of the Bitcoin bond, a bond from 1 billion dollars which will be used in part to finance the construction of the first energy and mining infrastructures, while the rest (the division should be about 50/50) will go to finance the purchase of other cryptocurrencies. The interest rate of the bond is equal to 6.5% per year, but starting from the fifth year the sale of the crypto purchased in this way will also start and this will lead to the payment of dividends to all bond subscribers.

The idea of ​​the Bukele administration is undoubtedly interesting, but it is also true that it can only work as long as Bitcoin maintains an increasing trend over the long term. It may be a focused bet capable of setting a precedent towards a new model of large-scale financial independence, but the risks are by no means zero, far from it.