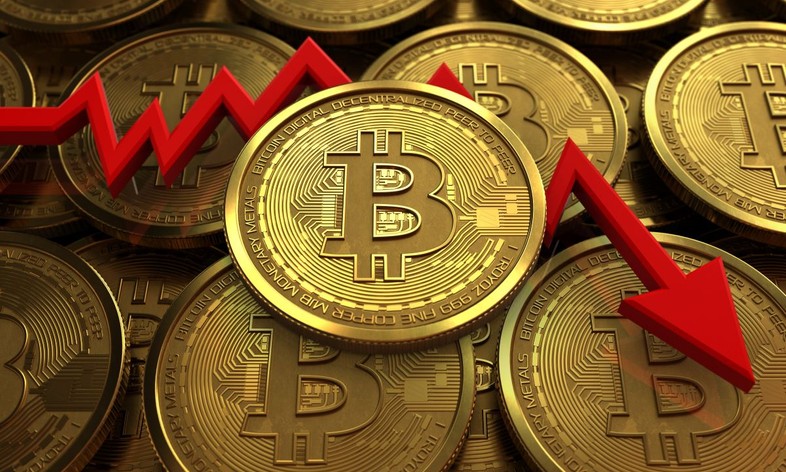 Bitcoin is again in (sharp) decline: just look at the graph that we report below to realize it, and to understand how much in the last month alone the most famous cryptocurrency in the world has lost value, even returning to the levels of last summer (-30.98% in one month). And the situation is no better even for the main contenders: Ether has lost 40.61% of its value in the last 30 days, Dogecoin 27.08%.

So what’s happening to the flourishing cryptocurrency market? “Simple”: investors are moving elsewhere. It all starts with the decision of the US Federal Reserve to raise interest rates (even four times, it seems) to support the US economy, bringing it out of the crisis caused by the pandemic. And with such high rates, investors and speculators have catapulted into the bond market, whose yields have returned to rise precisely as a result of the monetary policy defined by the United States. 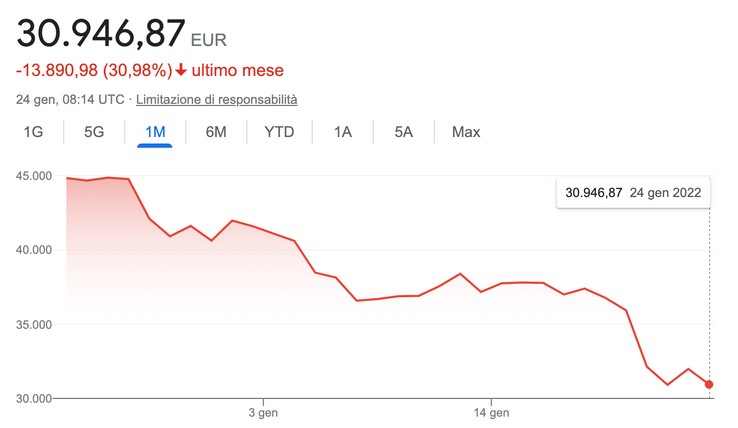 High bond yields on government bonds or any other low-risk asset are significantly more attractive than the crypto-market schizophrenia which, yes, pays off well, but the risk is very high and the trend is uncertain, to say the least.

A second reason that explains the collapse of Bitcoin and major cryptocurrencies is linked to Russia: the Central Bank has proposed a ban on trading and mining in the name of financial stability, the well-being of the population, and monetary sovereignty. The Russian market is extremely important, it is the third-largest for mining and has trading volumes that have reached 5 billion dollars in the last year. A ban of this kind would put the entire market at serious risk but would allow Russia to contain energy consumption and ensure greater financial stability.