Fairphone 4 is the first 5G smartphone of the Dutch company specializing in the creation of devices environmentally sustainable: was presented at the end of September, and replaces the previous model – Fairphone 3 – recently released from the catalogue. It is a product that stands out from what we find on the market as ethical, in the sense that it is the result of a project that does not want to affect the environment – “is the world’s first zero-waste electronic phone” as for every unit sold Fairphone resells or recycles an old smartphone – and it is guaranteed for 5 years.

Modularity is the watchword: those who know the brand already know what it is since the intention is to make the smartphone easily repairable, extending its life cycle to the maximum. All components are easily replaceable, there is no glue and it is also possible to upgrade in the future when the company brings refurbished items to market – for example, cameras. In short, Fairphone 4 5G is a smartphone that resists, but will it be able to withstand even the extreme tests of JerryRigEverything?

Inside the package, there is only the smartphone: minimal in the name of the environment. The rear shell is in metal and it’s removable. Once removed, you can access the battery – also removable – and all the components. There are 20 screws, no glue as previously mentioned, and the individual pieces can be pulled out easily. From rear to front cameras, from USB-C charging module to 20W to the battery itself, from 3.905mAh.

No special tools are required to remove the screen, nails are enough: this is excellent news since the front panel is always difficult to handle when you want to access the internal components or when you want to replace them. It is interesting to note that just under the body there is also a Heatpipe for heat dispersion. 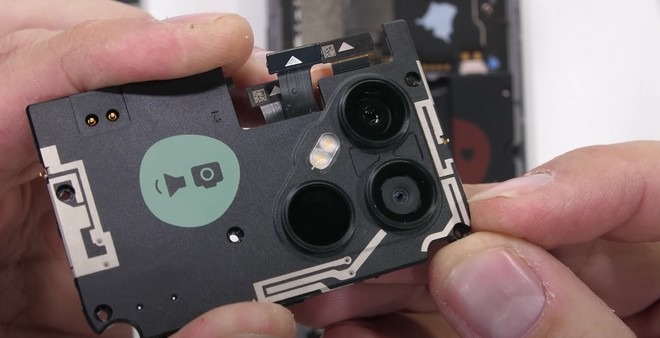 And here, in short, the results of the endurance test: