The scene of the modding in the world of smart TVs has never caught on as much as it did in the days of the first smartphones; you want it because of the greater restrictions by the developers of operating systems, you want because the power of processors and GPU onboard is not that it allows you to do who knows what, you want because in the end once you have your nice range of apps and games you don’t have need much more. However, a little something, at least in the Android TV field, can be done, and recently an alternative launcher shows quite a considerable potential. It’s called FLauncher, and the name comes from Flutter, which was used to develop it.

Flutter is an SDK created by Google whose goal is to simplify the development of cross-platform applications – for example for Android, iOS, Linux, macOS, Windows, the Web, and even Fuchsia. The open-source launcher completely replaces the system default Home, and, like many third-party launchers, it has the advantage of allowing apps installed via sideloading to be displayed as native, which the home default cannot do. You can customize categories, wallpapers, app rows, and various parameters related to how the app grid is displayed. There are links to quickly reach management pages such as app information and so much more. 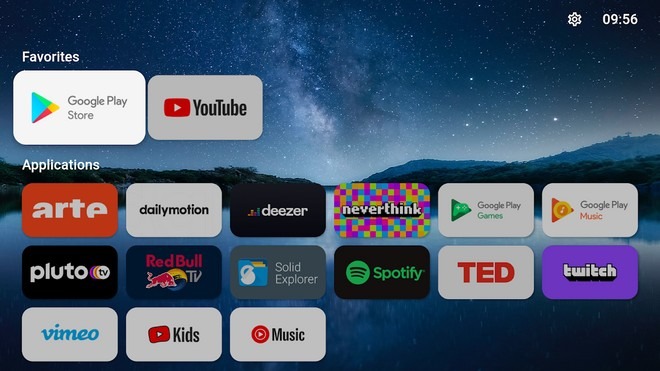 If you have a TV or a set-top box based on Android TV it is likely that for some time now the desire to change the launcher has come to you. Google has released an update to the default one that yes, improves the system interface in several ways, but at the same time it contains advertisements that take up quite a bit of space at the top, and worse by default are videos that play automatically. The automatic playback can be removed, but the announcement remains.

launcher, who is keen to point out that he doesn’t contain any ads, potentially represents an excellent starting point; the only problem is that development has practically just started, and therefore the stability may not be at the top. If you want to take a look at it anyway, the download badge is below; among other things, with the new Play Store functionality, starting the installation from your smartphone is also much easier than in the past.