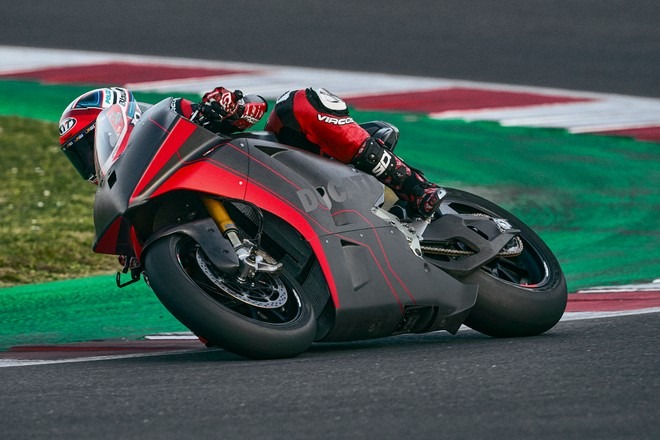 The electric Ducati for the championship of MotoE has already hit the track. Towards the end of October, the Borgo Panigale brand had announced its sensational landing in MotoE as the official supplier of electric motorcycles. About two months after this announcement, the prototype of the battery-powered two-wheeler is already ready for the first tests.

The debut took place at the Misano World Circuit Marco Simoncelli, right where the agreement with Dorna Sports was announced in October. Ducati announces that the prototype, codenamed V21L, is the result of the joint work of the Ducati Corse team and the Ducati R&D designers. Driving the electric motorcycle Michele Pirro, professional rider and Ducati test rider since 2013.

However, there is still a lot of work to be done. As Ducati explains well, the most important challenges for building an electric racing motorcycle remain relative to the size, weight, and autonomy. The company’s goal is to develop a motorcycle that is both high-performing and yet lightweight. In addition to working on performance and weight, the technicians will be responsible for improving the delivery of power during the race, also thanks to the attention in the development of a cooling system suitable for the objective. 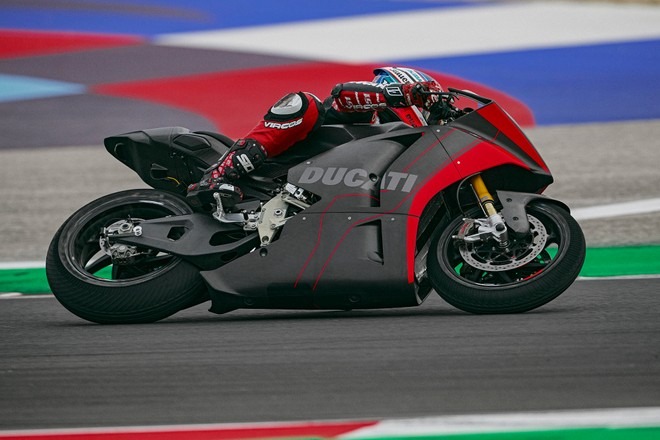 It will therefore be very interesting to follow the development of this two-wheeler and discover the technical solutions that Ducati will choose to adopt. Please note that the Italian brand will supply electric motorcycles starting from the 2023 MotoE season. How much Ducati will learn from this development work and its experience in the electric motorcycle championship, he will pour it into his future models. After all, motorsport is the perfect laboratory for experimenting with new technical solutions.

However, it will take some time to see an electric street Ducati Ducati. Indeed, the Borgo Panigale brand has once again reiterated that will build an electric motorcycle for road use that is sporty, light, exciting, and able to satisfy all fans, only when technology will allow it. On the first track test of the electric Ducati for the MotoE, Michele Pirro, Ducati test rider, commented:

Testing the MotoE prototype on the circuit was a great thrill, because it marks the beginning of an important chapter in Ducati history. The bike is light and already has a good balance. Furthermore, the gas connection in the first opening phase and the ergonomics are very similar to those of a MotoGP. If it weren’t for the silence and for the fact that in this test we decided to limit the power released to only 70% of performance, I would have thought very well that I was riding my bike.

We are experiencing a truly extraordinary moment. I find it hard to believe it is reality and not yet a dream! The first electric Ducati on the track is exceptional not only for its uniqueness but also for the type of company: challenging both for its performance objectives and for its extremely short timescales. Precisely for this reason the work of the whole team dedicated to the project was incredible and today’s result repays us for the efforts made in recent months. We are certainly not finished, indeed, we know that the road is still very long, but in the meantime we have laid a first important ‘brick’.