Do you remember the first rumors about Galaxy S22 Ultra, with the hypothesis of the particular photographic module in the shape of a “P”? Today we know that they were both true and false. True because the layout of the cameras was reported correctly: false, however, because there will not be a “P” -shaped element to enclose them, but the sensors will be isolated and placed directly on the body. 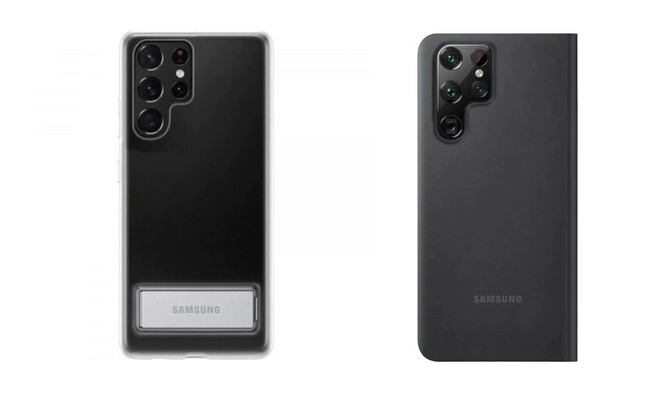 That strange design, which later turned out to be only partially correct, had a precise origin: it had been deduced from some Chinese covers. But today we can see a couple of official Samsung cases, shared on Twitter by well-known leaker Roland Quandt.

The two images are not surprising, but they remain interesting because, on the one hand, they help us to reconstruct the origin of that misunderstanding about the “P” camera, since the window of the covers takes on that configuration to optimize the design and follow with precision the layout of the sensors. We also know that, in general, the Galaxy S22 Ultra will be a somewhat anomalous model within the next family of Samsung flagships.

If Galaxy S22 and Galaxy S22 + will be a natural evolution of their predecessors, the Ultra instead will be closer to the retired Note series both in terms of design and functionality (see S Pen integrated into the body of the device, of which among other things we have a first unofficial image, to follow). And the only doubt that remains is whether by chance the Korean giant will not choose to call it Galaxy S22 Note in the end.

But the freshest information that comes to us from this image more than the telephone it’s about the covers: we have the opportunity to give a first look at two unpublished official accessories. The first cover has an easel that can be extracted and used to make the phone stand in balance while taking advantage of the large display to enjoy multimedia content. The second, on the other hand, is a libretto, and is the last iteration of the line history “Clear View“: we are therefore curious to understand what is the front solution that Samsung has adopted in this round to show a portion of the screen.