In the smartwatch industry, Garmin is one of the names that guarantee reliability and quality, especially when it comes to sports watches or devices that emphasize the monitoring of physical activity and health. 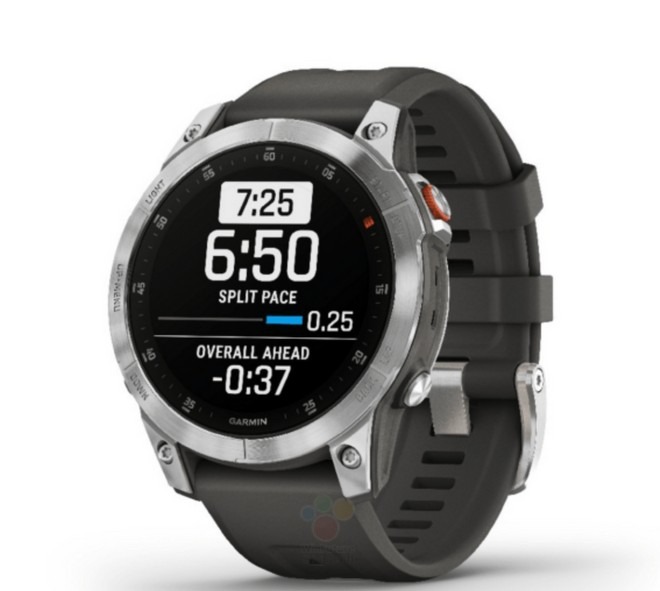 A new year is about to begin, and in all likelihood, the CES 2022 in Las Vegas, which will be held from 5 to 8 January, will be the right occasion to unveil the new models. Also because even today they are not exactly secret. We know that the company should plan to introduce Vivomove 3, Vivomove Sport, and Approach S12 shortly, as well as at least six new smartwatches we already have the renderings and some preliminary information on the technical sheet. So let’s see in detail the news that Garmin has in store for 2022. All with the strictly circular case.

The original Garmin Epix was the brand’s own with integrated GPS and at the same time also the possibility of showing maps on the screen. This new version will considerably increase the size of the display, and thanks to construction in reinforced polycarbonate, fiberglass, and 316L stainless steel it should guarantee water resistance up to 100 meters.

In terms of sensors, in addition to the possibility of measuring heart rate, there will also be that of monitoring the level of oxygenation of the blood (SpO2).

It is not clear what exactly will be the differences between these models, which should have many points of contact anyway, to reflect the aesthetics (of the 7X at the moment no renderings have been leaked yet).

The main peculiarity, however, should be the presence on all watches of an integrated solar panel capable of recharging (albeit by a small percentage) the battery while on the move. The shell will be made of stainless steel and reinforced plastic.

The peculiar element of Garmin Instinct 2 And Instinct 2S instead is the adoption of a display with technology e-ink: this, therefore, means that you give up the fluidity of the interface, but you gain a lot in terms of autonomy. And they are therefore products designed for those who need to never run out of water and to track their route through the GPS, for example, without further draining the battery.

There will also be heart rate measurement and the possibility of estimating the quality of sleep.

With the Venu 2, as we explained in our review, a few months ago Garmin put on the market a product that wanted to combine the sports side with a smarter soul than the rest of the catalog.

And now an update is coming: the leaker Evan Blass has shared on Twitter a series of high-definition renderings of what should be the Garmin Venu 2 Plus.

The design is quite similar to that seen on Garmin Venu 2, therefore based on a circular case. A leap to the eye is a detail that bodes well: there is indeed a third unreleased key, which according to the rumors circulating on the net would be linked to the activation of the microphone and perhaps, therefore, also to the interactions with the supported voice assistants (maybe a proprietary one?), if there will be any.

And the news is precisely this: one of the shortcomings of Garmin Venu 2 was the absence of a microphone (and a speaker), which prevented you from answering calls directly from the watch. But on Venu 2 Plus Garmin may have instead decided to close the circle, completing the already complete equipment of the device.

On a technical level, logic suggests that we can expect all the equipment of the Garmin Venu 2 brother, and something else in addition to the microphone. The “Plus” of the name seems to refer exclusively to functionality and not to dimensions, since the case should have a diameter of 43mm, and therefore less than that of 45mm of Venu 2 (also available in the 40 mm version ): but it is possible that we are only seeing the smaller variant, and that there is a larger one.