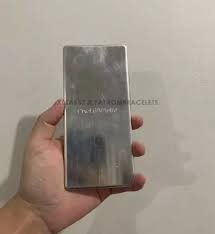 The photos of the alleged “dummy” of Google Pixel 6a have emerged: a 1: 1 scale model, basically, which allows Google (and perhaps also external partner companies, such as case manufacturers) to test with hand and tangibly all external physical characteristics, for example where are the cameras, how far they protrude, where are the physical keys and so on.

As already anticipated by the renderings that emerged a few days ago, the model, which apparently is made of aluminum, indicates quite clearly that aesthetically it will very closely resemble the higher-end cousin’s ​​Pixel 6 and Pixel 6Pro. The photos, shared on Twitter by the leaker known as @ xleaks7, show front, back, bottom edge, and right edge, the one with buttons. There is also a video that takes it from all angles. Among the details that are worth reporting, we point out:

It is rumored that Pixel 6a, which will be placed in the mid-range, will re-propose the 12.2MP Sony IMX363 main camera sensor, used in most Pixel 3 to 5a, instead of the 50MP one used in 6 and 6 Pro (should be an ISOCELL GN1). It is not clear at the moment if all the advanced AI features that debuted with the top of the range will be re-proposed; more crucially, we don’t know if we’ll find the custom Tensor SoC – some say yes, others argue that Google could opt for a Qualcomm Snapdragon 778G. The display should have a 6.2 “diagonal, so it should be slightly smaller than that of the Pixel 6 Pro (6.7”) and Pixel 6 (6.4 “). The launch of the device should still be quite far – it will probably arrive around spring/summer 2022.