The Chinese company GUNNIR is offering a graphics card that feeds off the chip DG1 from Intel, which they call Iris Xe Index V2.

For those who didn’t know, the chip DG1 is a GPU that was only available for laptops, and that brings to life the well-known Iris Car MAX.

The Arc series discrete graphics cards have yet to hit the market, but some manufacturers are releasing what is the lower powered variant, which are not based on the DG2 chip, but rather the DG1.

What people do GUNNIR is to take the chip DG1 complete and release it as a discrete GPU, which was not originally intended for that purpose.

Of course, we shouldn’t expect spectacular performance from this graphics card when it comes to gaming. To play, we will have to wait for the series Intel Arc with chips DG2, that display much higher gaming performance. 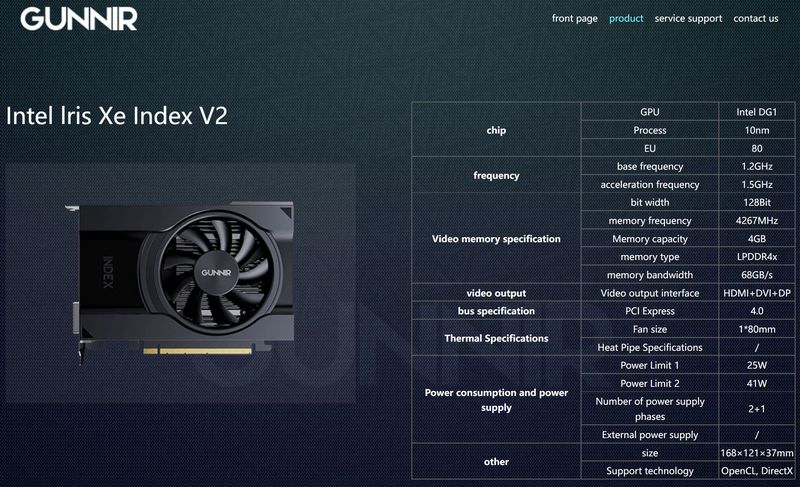 The specifications show that the Iris Xe Max Index V2 has 96 execution units, this is 16 units higher than the conventional Iris Xe. The amount of VRAM memory is 4GB of the LPDDR4X type with a bandwidth of 68 GB/s. The TDP is 25W (PL1) and 41W (PL2). The clock speed reaches 1.65 GHz. 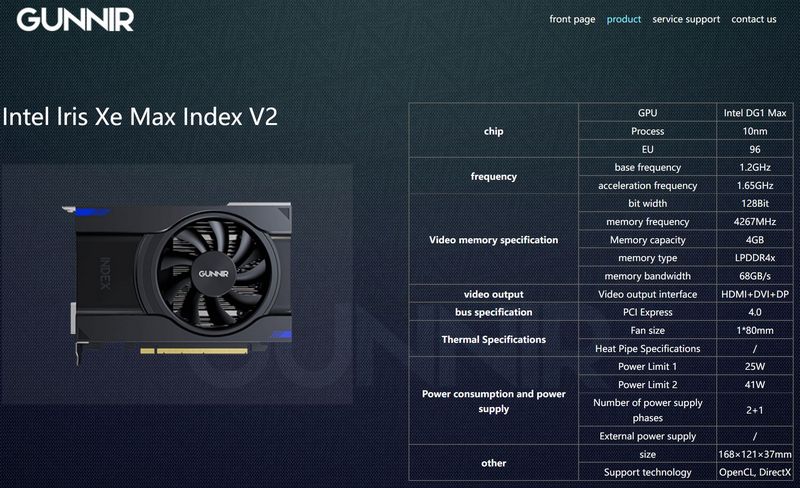 These are the models and prices that have appeared in Taobao:

There are a few things to consider if you consider purchasing any of these graphics cards. It is not compatible with the platform AMD, so if you have a Ryzen forget that it will work for you. Also, support for the Intel platform is being limited to the series Coffee Lake Y Comet Lake, ninth and tenth generation. Motherboards that are compatible with the B460, B365 and H310C. We will keep you informed.