If LG with Wing invested its (latest) resources to make a smartphone with two displays, why then make so much effort to separate them turning the smaller one into one smartphone in its own right? Perhaps in these cases, one should not ask too many questions, but rather limit oneself to appreciating the effort of an enthusiast (we would not know how to define it otherwise) who has created a very special device.

The recipe is simple (seemingly simple): take an LG Wing, disassemble it, use only the smallest display and shake the components – read: insert them inside the body – until you get a homogeneous mixture of an LG Wing square. What will a square smartphone ever be for? And then with such small dimensions? Nothing, perhaps, but we promised at the beginning of the article: no questions. 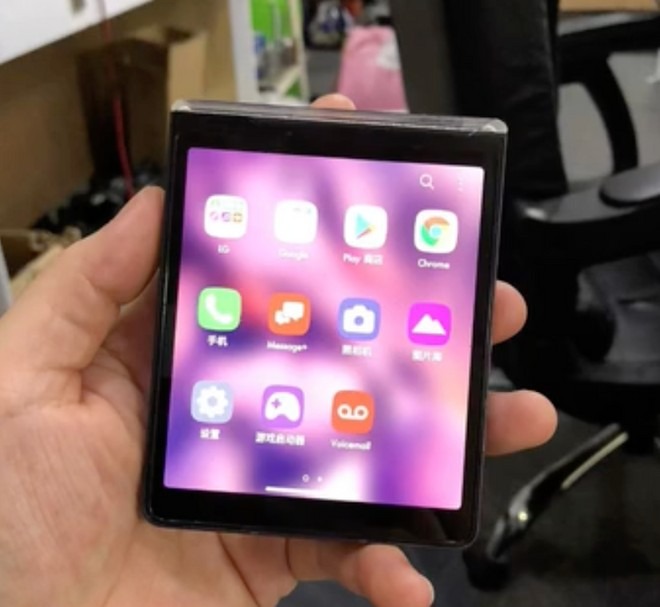 The “engineering” work, it must be said, is commendable. The enthusiast succeeded in reassembling the device, complete with a pop-up camera and everything (almost everything) needed to make it work normally. Something is missing, yes (see proximity sensor), but the impossible cannot be expected. There are the rear cameras, the front one, and of course the small display. In short, it is a smartphone in all respects, with the only inconvenience of its square form factor. One account was the display in support of the main one a T., another is to use it independently. But so be it.