We live in a period in which the efforts put in place in the development of systems for the production of clean energy are rowing in many different directions and among these there is always a high interest in nuclear fusion. On several occasions we have seen how important steps forward have been made with the tokamak experimental reactors, that is, based on the magnetic confinement of the plasma, and precisely on this front there are interesting developments.

It is known that this is the most complex part of the equation to manage since the main problem always remains the same, that is to be able to produce more energy in a clean way than what is consumed by the reaction or by its maintenance. There is no lack of progress even if we are far from the goal, it is right to remember that.

But we look ahead and only a few days ago the European tokamak JET nuclear reactor project managed to produce 59 megajoules while maintaining the reaction for 5 seconds, while at the beginning of the year the parallel artificial sun project called EAST, allowed the tokamak reactor to reach a temperature 5 times higher than the solar one and to keep it for 17 minutes.

It seems clear that even keeping the very hot plasma formed by ions and electrons stable is a delicate operation, but a new ally could meet the tokamak systems based on magnetic confinement, and it is none other than the British company Deepmind, owned by Google , which thanks to its algorithm could revolutionize this sector. 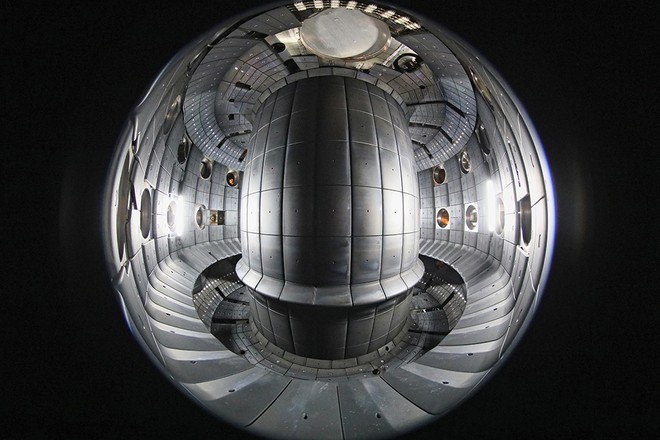 The researchers of the Swiss Plasma Center, among the few in the world to have a functioning tokamak experimental system (the reactor is visible above), collaborated with Deepmind engineers and managed to develop an algorithm capable of controlling magnetic coils relieving systems from performing complex calculations.

The first experiments were initially carried out in a simulated environment, but apparently the results were so encouraging that the system has already been tested with the tokamak of the Swiss Plasma Center. The algorithm is robust and allows you to control plasma in a variety of configurations and shapes. Not only that, the algorithm allowed for the simultaneous control of two separate plasmas.

Of course it is only the beginning and as is known, such an algorithm can only improve by acquiring new data, and down we look to the future. This will certainly not be the definitive solution that will lead us to the creation of a fully functional fusion reactor, but such an algorithm will be able to contribute to the development of ever more stable and efficient systems. The study and the preliminary results have been published in the Nature magazine, you can consult it in SOURCE.