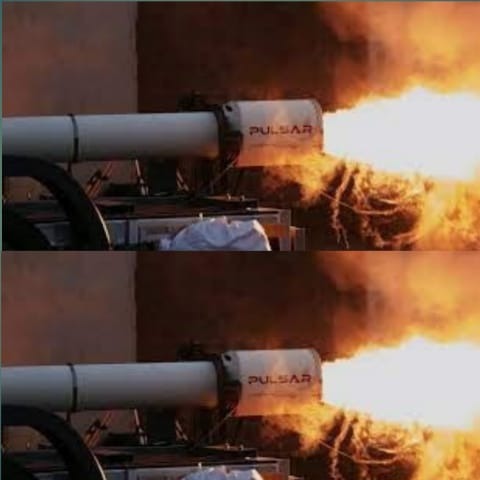 The technology used in aerospace vehicles has not changed much since the 1960s, the reaction principle in chemical rockets remains the same and, despite the many optimizations made, we have reached a point where more and more realities, private and otherwise, are looking to more performing alternative solutions devoted to greater efficiency.

Among the many companies interested in testing innovative aerospace technologies, the British company Pulsar Fusion deserves particular mention, which at present is engaged on two distinct fronts but united by the same intent, making space travel more environmentally friendly e, if possible, faster!

On the eco-sustainability front, there are interesting developments, as it has recently been successfully tested an innovative engine partially fueled by plastic waste. It is not the first time that attempts have been made to create a hybrid fuel capable of using recycled plastic since Virgin Galactic had also tried it in 2014 with a project that was later abandoned, but this time the results of the first tests are particularly encouraging. Pulsar Fusion’s “green” rocket engine is based on the use of high-density polyethylene (HDPE) hybridized with a nitrous oxide oxidant which, like what happens with the classic reaction, is introduced into the combustion chamber while a valve regulates its pressure. 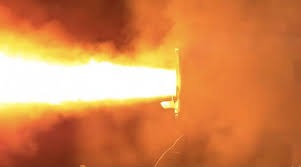 As anticipated above, the first static tests held at the military base of the United Kingdom Ministry of Defense, in Salisbury, are really promising and to confirm this was the formation of particular standing waves in the exhaust stream called Mach Disks, the same ones that can be experimented with the high-mass aerospace rockets currently in use, in SpaceX’s Falcon 9 for example.

Here is a very scenic clip from the first static ignition test of the “green” rocket.

The interesting aspect is that HDPE is used in various plastic products including classic bottles, bags, pipes for civil and industrial use, detergent bottles, fuel tanks, even in cable protection for telecommunications. and so on. All things that in large part can also be found in the immense island of plastic waste present in the Pacific Ocean, known as the Pacific Trash Vortex.

The green rocket could one day become the most sustainable solution available to us for commercial orbital missions, space tourism, and most of the aerospace operations that today are carried out with classic rocket engines, but the company is aiming even higher with the development of fusion-based nuclear propulsion technology, we are therefore talking about one of the most ambitious projects of this decade. As explained on other occasions, obtaining nuclear fusion would mean being able to recreate the same process that occurs in the sun, where gravitational forces in combination with heat and extreme pressures lead the nuclei of atoms to unite while releasing enormous amounts of energy.

In recent years, several attempts have been made with experimental reactors, using for example electromagnetic fields to stabilize the reaction, and it is the same approach that Pulsar Fusion is pursuing with its aerospace technology. The goal is to arrive at something concrete within a few years, but these are projections that today we can consider optimistic given the progress underway. Pulsar Fusion would like to be able to complete the first static ignition test of its nuclear fusion rocket by 2025 while looking forward to 2027 for the first orbital test. NASA is also looking at nuclear propulsion but there is talk of fission reactors and there are already several projects underway.

The advantages of these technologies would be multiple and would effectively revolutionize the entire aerospace travel segment. Already with the projects based on fission reactors, those that we will most likely see in use first, there is talk of a halving of the times for long-distance travel, for example to Mars, which could be achieved in just 3 months (against 6 months at best at present). Not only higher speeds but also higher load capacities, since nuclear propulsion will not require the storage of large quantities of fuel, to the advantage of the load capacities.

The prerequisites for an aerospace revolution are all there, but apparently, it will take a few more years of patience and perhaps one day we will really be able to abandon the old chemical combustion.