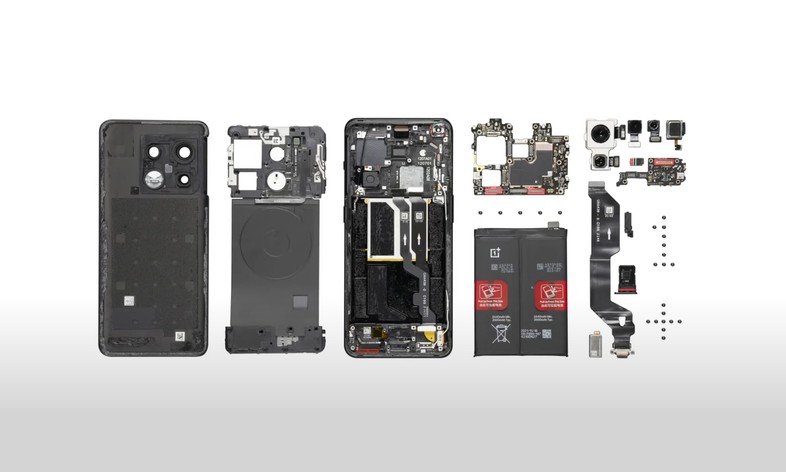 They presented it in China just a few hours ago, but we already have a OnePlus 10 Pro video teardown, the very latest top of the range of the company. It is in Chinese, and there are not even the subtitles generated/translated automatically, but let’s say that by now how a smartphone is built is clear, and waiting for sources more similar to us, such as JerryRigEverything or iFixit or PBKreviews, what we have today is more than enough to identify some of the most interesting features of the device.

In the meantime, let’s start with … the seals. One of the few shortcomings of the data-sheet is the IP certification, through which the ability of a device to prevent the infiltration of water and dust is assessed. Historically, OnePlus is not a big fan of this practice, because it has an important cost that would be reflected in the final list price – and therefore directly on the buyer’s wallet; but, like its predecessors, OnePlus 10 Pro is also built “as if it were” an IP68, with rubber seals in all critical points and a strong dose of adhesive that holds the back cover and the rest of the body together.

While we are around here, confirmed that as often happens the teardown starts right from the back cover; which, however, being knurled, makes the suction cups completely ineffective, so it is necessary to proceed with a little more attention than usual. As always, OnePlus stands out for a very neat and aesthetically refined internal layout – similar to what Apple does, for example.

As for heat dissipation, it seems that OnePlus hasn’t implemented particularly advanced or complex solutions this time around: you see some thermal paste on the chips and what is probably copper foil, but no vapor chamber and similar. Removing the battery seems particularly simple, thanks to the generous tabs (one on each side) and the vertical division of the two cells that make it up.

The video also deals with removing the screen from the rest of the body – a passage that is not seen very often, because it is particularly delicate and dangerous. Below the actual display is an additional sheet of copper that covers practically the entire surface – except for the area where the under-display fingerprint scanner is located.

We remember that the OnePlus 10 Pro will also come to us, but it is not yet clear when. Prices for China start at € 650.