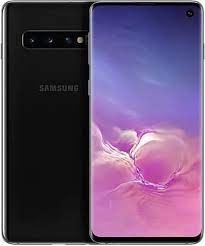 Have been “caught” on Geekbench Samsung Galaxy S10 and Galaxy Note 10 with One UI 4.0 on board, the most recent release of the user interface based on Android 12 which in Italy has already been seen a few days ago on board the Galaxy S21 Ultra. According to the roadmap, the current top of the Samsung range will be followed by the third generation leaflets – Galaxy Z Fold 3 and Z Flip 3 – and second generation, together with the Galaxy S20 range, for which the One UI 4.0 will arrive in December. 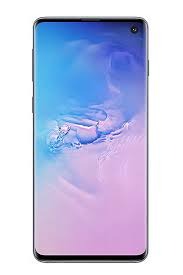 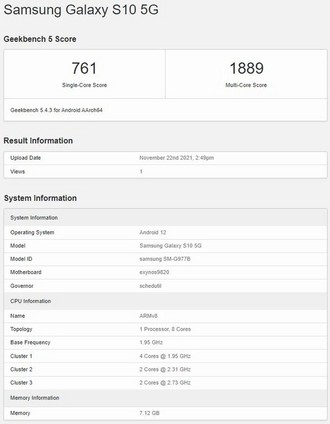 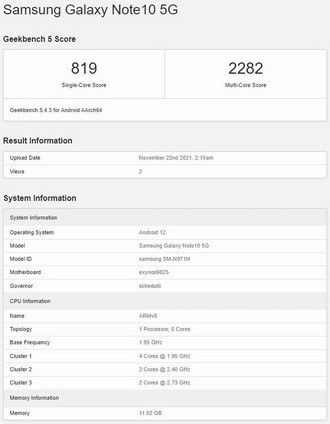 Samsung would be testing one One UI 4.0 private beta in order to refine it just enough to then deliver it, probably, to the users of the beta program, so as to arrive at the stable release with firmware free of bugs as possible. The scores recorded by Geekbench fall within the normality of the other Galaxy S10 and Note 10.

It will be interesting to understand which of the features of One UI 4.0 will end up on the two Galaxy series, especially in light of the fact that the user interface will be the last that they will receive before the end of official support, so this is a UI that customers will have to keep for a long time.