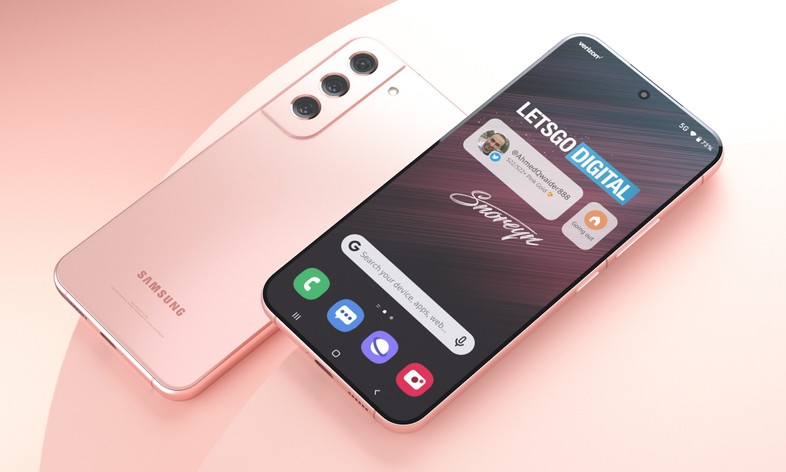 The presentation of February 8 is approaching with great strides and now rumors, confirmations and even some “yellow” follow each other relentlessly: we are talking about the series Samsung Galaxy S22, which is preparing to make its debut with the usual load of hype and curiosity from fans.

There will be three smartphones: Samsung Galaxy S22, S22 Plus, And Galaxy S22 Ultra which will effectively represent the union with the Note series. With this article, we try to take stock of all the rumors, certainties, and doubts that remain.

The renders have now revealed everything, then photos and videos arrived with prototypes that confirmed what awaits us. The two standard models, Samsung Galaxy S22 and S22 Ultra will have a very similar design to last year’s models, little or nothing will change from the front, perhaps frames just slightly thinner, while the edges of the display will be strictly flat. We also know that the aspect ratios will change slightly, in particular, Galaxy S22 should be a little wider and less elongated, so much so that the display diagonal goes to 6.06 inches.

On the back the photographic module will still be enclosed in a tile but the cover will cover the entire surface, without there being an aluminum insert as on the S21.

Samsung Galaxy S22 Ultra is very different, closely follows the Note 20 Ultra, and will have a specific slot for the S-Pen. Recall that the predecessor already supported the interaction with the stylus, but without having a slot to store it. The new Galaxy will have a very elegant design, more squared than the latest smartphones of the Korean brand, it will be thick enough (more than 9 mm) just to be able to house the S-Pen and decidedly bulky (6.8-inch display).

Glass and aluminum are taken for granted, but we will also see a Super Clear Glass to protect the main camera, a solution that should mitigate reflections and lens flare at night.

Without getting too lost in the chatter, let’s see by points what were the most interesting rumors concerning the three devices, but above all let’s “unmark” the chatter from the tech bar.

No, with a 90% probability it will simply be called Samsung Galaxy S22 Ultra. The rumors have been chasing each other for a while, in fact the renders and images suggest an aspect very similar to that of the latest Note arrived on the market, or Galaxy Note 20 Ultra. It will have an integrated stylus and this has stirred up fantasies and speculations, we can say that it will be a real Note in fact, but not in name, on the other hand, it seems that the new generation S-Pen will be even faster, with a latency lower than 3 ms (it was 9 ms on Note 20 Ultra).

Some rumors in the first part of 2021 I had hypothesized a self-propelled lens system, which could, in a single perspective, combine focal lengths between 3X and 10X magnification. Then we opened our eyes and woke up, there will be 4 cameras like on S21 Ultra, one main, one ultra-wide-angle, and two telephoto lenses, respectively with 3X and 10X magnification.

Even here, initial rumors had shot it big, in reality, it seems that there will be an updated version of the Samsung ISOCELL HM3, already seen on the previous generation, from 108 MP

The latest leaked images show a glossy back cover that most likely it will be glass, complete with a new generation anti-fingerprint treatment. Some live photos of alleged prototypes confirmed the rumors. News from a few hours ago, everyone should have Gorilla Glass Victus on the front, most likely at this point also on the back cover.

There will be a normal camera, inserted inside a hole at the top of the display, particularly with a good chance it will be the same as last year, i.e. 10MP for the S22 and S22 Plus and 40MP (with autofocus) for the S22 Ultra.

In many rumors it has been talked about, we have also seen some splendid renderings. In the last few days, however, it seems to have disappeared from the radar and the explanations may be 2: the most realistic is that the leakers have confused themselves with the “burgundy red”, a dark pink color that in fact will exist, the second possibility is that the color “red” may arrive later as a special edition.

Too bad, a real shame but it will not be so, the GN2 is a sensor of almost one inch (1 / 1.12 “) that we have seen on board the Xiaomi Mi 11 Ultra (not properly exploited) and will not be used on the two S22s On the contrary, we will most likely find the Samsung ISOCELL GN5, a much smaller sensor (1 / 1.57 “) that we would have expected more in the mid-range or perhaps as a sensor for ultra-wide-angle lenses.

This is currently a beautiful mystery. In theory, as from most rumors, the whole S22 line should have come to us with the new processor from Samsung, with GPU made together with AMD, the Exynos 2200 in fact, at most only S22 Ultra was sometimes associated with the Snapdragon 8 Gen 1. But then something must have happened, at first the presentation of the SoC was postponed to 2022 (it was scheduled for November 2021), then it was even canceled and Samsung explained that it would be combined with the unpacked event of the new flagships. Meanwhile, the leakers indulged themselves and everyone had their say: Snapdragon on all S22s, Exynos only in Korea, Exynos for everyone, and so on.

Today the saga sees the addition of a new piece, it seems that worldwide Galaxy S22 Ultra will be marketed with Snapdragon 8 Gen 1, with no further details on the other Galaxy. At this point one would think that actually the Exynos SoC may not have fully convinced and therefore it has been “relegated” to the two standard S22s. We are sure we will hear more about it.

We have debunked some rumors, we just have to take a look at the known or almost certain technical specifications that will accompany the identity card of the three new smartphones from Samsung. 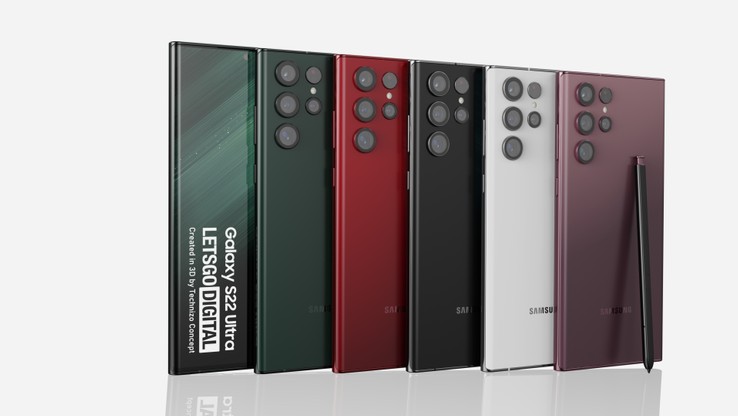 The presentation is unofficially set for Tuesday 8 February, the pre-orders should start the following day and the actual arrival on the market from the 15th of the same month.

As for the prices for now we have only probable indiscretions but nothing official, here they are: