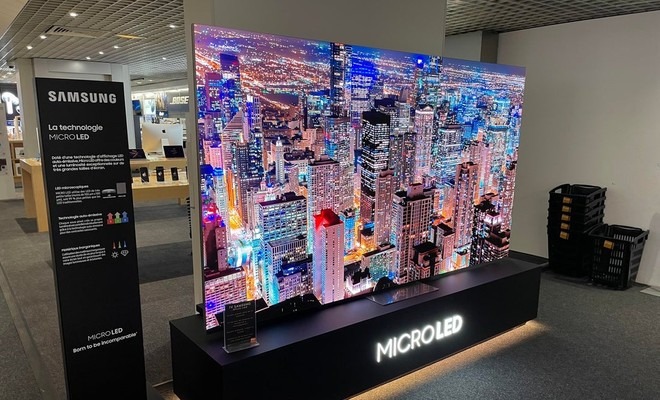 Samsung is preparing to significantly increase the production of MicroLED TV for 2022. The latest rumors from Korea, promptly reported by the newspaper The Elec, confirm the rumors leaked in recent months, all agree that the Korean giant intends to substantially expand the range with new models and with a significantly higher number of products.

The advances circulated these days focus in particular on the 110 “MicroLED TV, the only model already on the market after the delays that led to postponing the arrival of the 99” cut. Sources reported by The Elec claim that as of January 2022 about 200 copies of the 110 “will be made, an unusually high amount when calculated every month. It is estimated that in 2021 the production amounted to an average of a dozen specimens every month, therefore more or less a hundred in all.

This increase could therefore mark the first change of pace which should become even more evident with the release of the new cuts envisaged: to the aforementioned 99 “we should add an 89”, a 101 “and a 114”. The increase, however significant, will still not bring MicroLEDs to the mass market. Prices will inevitably slow down its diffusion: we remind you that at the moment the 110 “is offered with a price list well above 100,000 euros. The improvements made to the production process will certainly increase efficiency and reduce costs, but also for 2022, it will be products that only very wealthy people will be able to afford.