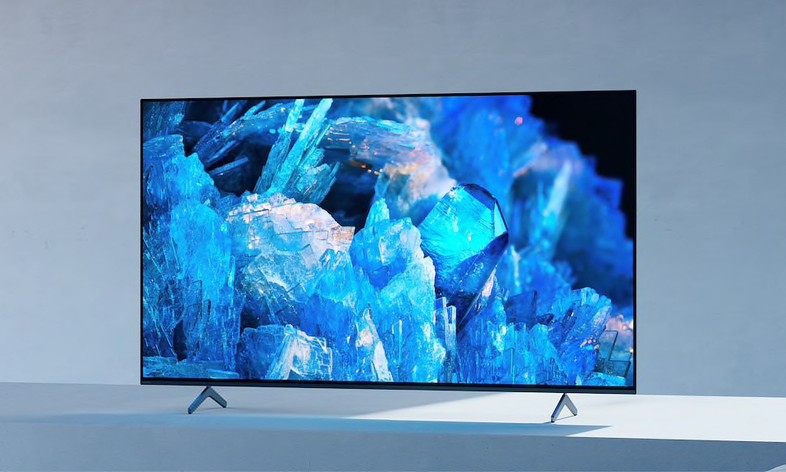 Sony has expanded the 2022 TV range with the series OLED A75K, a proposal that fits on a lower range than the models presented at CES 2022. The arrival of these televisions was expected: although they were not mentioned directly in Las Vegas, the A75Ks had appeared in the list of products compatible with some functions of the new soundbars, such as the HT-S400.

A75K offers two models from 55 “ (XR-55A75K) And 65 “ (XR-65A75K), both equipped with a panel OLED WRGB of LG Display resolution Ultra HD. The refresh rate is fixed at 100/120 Hz. Already from these data, it can be understood that we are talking about cheaper TVs than the other Sony but not absolutely. The rest of the equipment is quite rich: the signal processing is entrusted to the Cognitive Processor XR, the new electronics introduced last year and enhanced by the contribution of artificial intelligence.

The functionalities should be practically the same that we find on the A80K, A90K WRGB OLEDs, and the A95K top-of-the-range QD-OLEDs. The processors intervene on images and sound to optimize various aspects: contrast ratio, brightness, color range (gamut), perception of depth, the naturalness of colors, frequency response (audio), distortion (audio), sound origin, and for recreate a 3D surround effect.

The calculations present on A75K are the following:

The A75K supports Bravia Core, Sony’s streaming service featuring a similar bitrate to Ultra HD Blu-ray. As on the other Bravia XR 2022, there is mode BRAVIA Core Calibrated Mode, pre-set to ensure a faithful view without the need to make adjustments.

Thanks to the integrated brightness sensor you can then exploit the benefits of Ambient Optimization, a function (coming via a firmware update) that allows you to automatically adjust the settings based on the light conditions in the environment. The same principle also applies to Netflix via the new one Netflix Adaptive Calibrated Mode.

Audio reproduction is entrusted to proprietary technology Acoustic Surface Audio, which in the A75K is based on two actuators that reproduce sounds through vibrations created by the screen. Here we find one of the differences with the higher-end series: the version integrated into these new OLEDs is simplified compared to that of the A80K.

There are no particular renunciations on the side of the possibilities offered: there is Acoustic Auto Calibration to compensate for the effect of the room, compatibility with Dolby Atmos and the 360 Spatial Sound (after pairing with the SRS-NS7 speaker), and the possibility of using the function Acoustic Center Sync with the HT-A7000, HT-A5000 soundbars, and the HT-A9 system.

A75K can of course play video in HDR in formats HDR10, HLG, And Dolby Vision. Are present two HDMI 2.1 inputs (in all there should be four) compatible with the signals Ultra HD at 120Hz, Auto Low Latency Mode, Variable Refresh Rate, and one with eARC? In common with the other Bravia XRs are also two features introduced to enhance the gaming experience with PlayStation 5: Auto HDR Tone Mapping and Auto Genre Picture Mode.

The Smart TV platform is based on Google TV with access to the Play Store, the functions of Chromecast, Google Assistant accessible via the microphone on the remote control, AirPlay, HomeKit, and the possibility of combining external speakers with the aforementioned Google Assistant or Alexa. As an option, you can add the Bravia Cam, the webcam designed specifically for Sony televisions and capable of adding various possibilities (on the official website it is also mentioned Ambient Optimization Pro).

We close with a few notes on the design: the A75K is characterized by a design called Metal Flush Surface with a metal frame and rounded edges. The table stand consists of two separate elements in the shape of slats, placed closer to the sides but not at the ends. At the moment no information has been provided on the release date and prices.