WhatsApp just brought a new app update Beta for Android, the 2.21.25.11, In the Google Play Beta Program. The changelog of this new update is not particularly full-bodied and relates exclusively to the reactions to messages, with a novelty still under development and, therefore, not available at the moment for end users.

After having seen in the last few days a function aimed at inclusiveness, the resolution of an annoying bug and another small future news, now let’s see what is cooking for the reactions.

Following the first sighting dating back to October, Whatsapp, with particular reference to the version Beta, is continuing to work on reactions to messages before making them available to everyone.

Last week there was talk for the first time about the possibility of seeing the Info on the reactions to messages and today, thanks to the release of a new update, it is possible to see this function concretely at work in WhatsApp for Android devices.

As you can see from the screenshot below, in the first tab (All) all the reactions to a specific WhatsApp message are shown, while in the following tabs the reactions are shown filtered by type. It must be said that users cannot react to a message using more than a single emoji and that at the moment it is only possible to choose between six emojis available.

This function, as mentioned at the beginning, is still under development and at present, the release date to the public is not known. 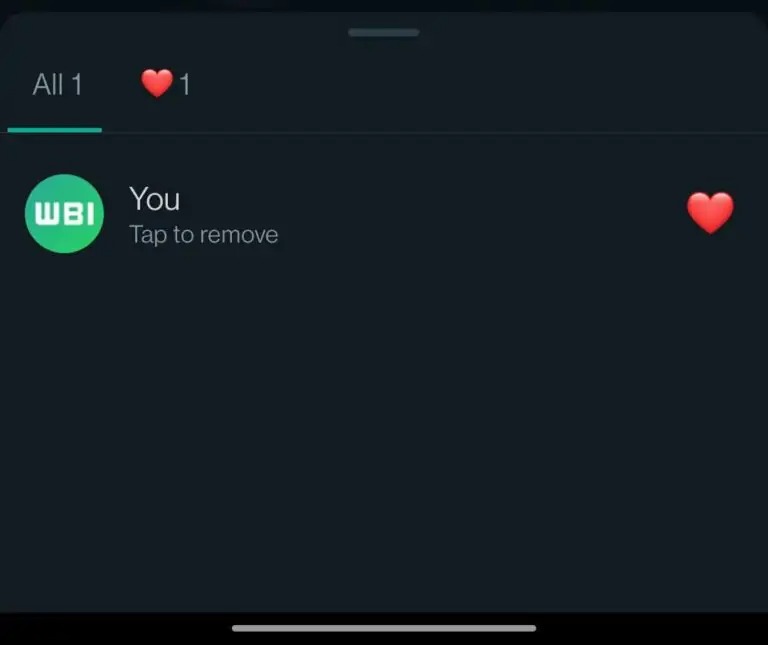 How to update WhatsApp Beta for Android

The latest version of WhatsApp Beta for Android (here is the page to join the beta program) can be downloaded from the Google Play Store by clicking on the badge below.