During the AMD presentation last January we saw a lot of news, including new variants of the RX 6000 Mobile and Ryzen 6000 APUs, apart from other interesting news. When there is little left for these products to reach our hands in the form of final products, the first benchmarks of the Ryzen 9 6900HS APU and the RX 6800S GPU have appeared.

At the moment the purely AMD combination between the APU Ryzen 9 6900HS and the graphics card for gaming Radeon RX 6800S can only be found in the next ASUS ROG Zephyrus G14a laptop that we should see at the end of the same month of the publication of this same news.

There is no doubt that AMD’s bet this year is in the gaming laptop market, not only because of the new and more efficient APU of the Ryzen 6000 family where the 6900HS stands out in benchmarks, but also because of a better optimized variant of its RX 6000 graphics cards, which have been designed for the emerging market of ultra-slim laptops focused on the world of gaming. Which have appeared due to the disappearance of the optical reader and conventional hard drives for NVMe SSD drives.

What is the performance of Ryzen 9 6900HS and RX 6800S according to benchmarks?

Through Pugetbenchspecifically in the tests of Photoshop y Premierethe combination between the 6900HS and the RX 6800S has obtained 1022 points in the first test and 550 points in the second. Both results above their Intel+NVIDIA counterpart made up of the i9-12900H and an RTX 3080. Therefore, in terms of content creation, AMD’s new proposals are already proving to be competitive and an alternative to the classic dominant combination represented by their already eternal rivals. 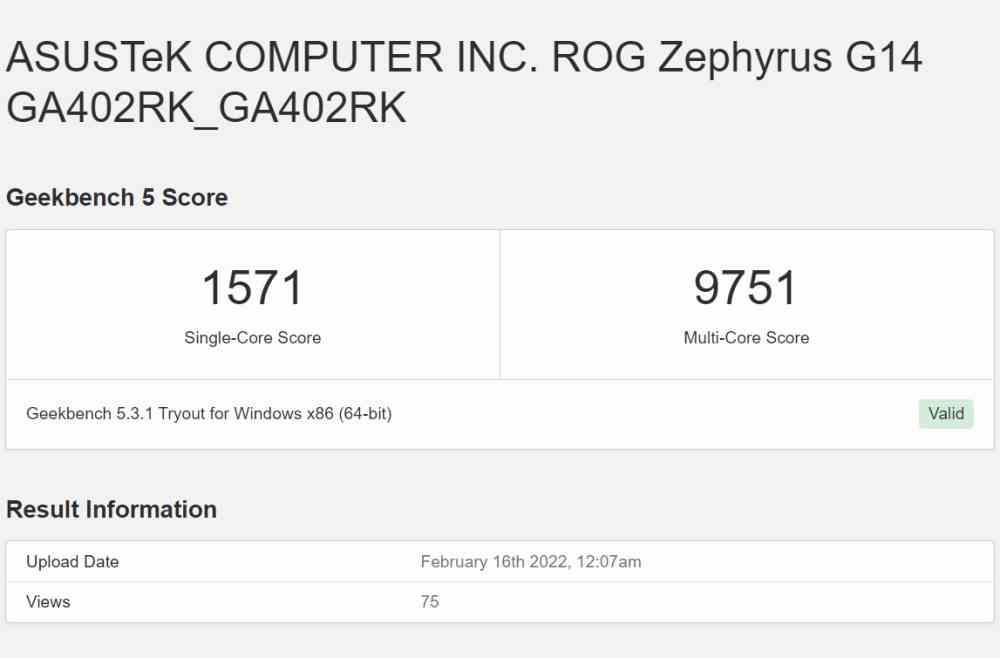 The Ryzen 9 6900HS is a processor of 8 cores and 16 threads running with a base clock speed of 3.3 GHz and a maximum frequency of 4.86 GHz. Which under Geekbench 5 Has obtained 1,571 points in the test for a single core and 9.751 in which it is intended to test multiple cores at the same time. So it is placed in a performance between 5 and 20% higher than its predecessor, the 5900HS, but still below its direct rival, the i9-12900HS.

The RX 6800S, worse performance than the standard version

We must not forget that ultra-thin laptops have the disadvantage of making use of a form factor that requires a lower TDP and, therefore, lower clock speeds than a conventional gaming laptop. Well, in the OpenCL test that proves the power in raw computing within Geekbench 5, the RX 6800S has obtained 82,734 points. This exceeds 80,133 points of the RX 6700M that was launched last year, but it is 11% below the 93,373 points from the standard 6800M.

The RX 6000S series is a response from AMD to the growing popularity of a new type of gaming laptop, which was exclusive to Intel during 2021. However, we expect to see more models with Lisa Su-branded APUs and GPUs with so as to have a greater capacity of choice.