As its name suggests, we are dealing with an image scaling algorithm, which takes a frame already rendered by the GPU to create another one with higher resolution. So it is a post-processing effect that requires having the full frame. Many graphic effects that we see in games today are of this type, but they are executed outside the 3D pipeline making use of elements of the GPU that are not in use at that moment.

It may seem to us from the outset that it is a solution like DLSS, but the difference is that NVIDIA Image Scaling does not require the use of Tensor Cores, so it can be activated on GeForce GTX. It is also not a deep learning based algorithm, but rather a traditional image scaling algorithm which runs in the GPU computation pipeline in parallel to the graph.

So it is not necessary to make the algorithm go through a learning stage as it happens with DLSS and it can be used with all base games. In this it is the same as the FidelityFX Super Resolution where it also coincides in the lack of the temporal component, although since we can activate it from GeForce Experience and, therefore, at the driver level, the comparison would really be with the Radeon Super Resolution.

Can I combine it with DLSS?

As we have said, these are two different algorithms, although paradoxically there are games in which NVIDIA Image Scaling works much better than its counterpart in the face of deep learning. You don’t lose anything by alternating between both technologies, since you may be surprised that although the game supports DLSS, it doesn’t cause better performance than NIS in terms of game speed or graphic quality.

Of course, because both algorithms work in a different way, they cannot be combined at all. The reason for this is quite simple, the traditional scaling algorithm can cause the DLSS to receive erroneous information that creates significant image artifacts and errors. However, we are going to see many games that will make use of both techniques in a controlled way in future updates for DLSS, but in a direct and transparent way for the user.

What performance does it give in games? 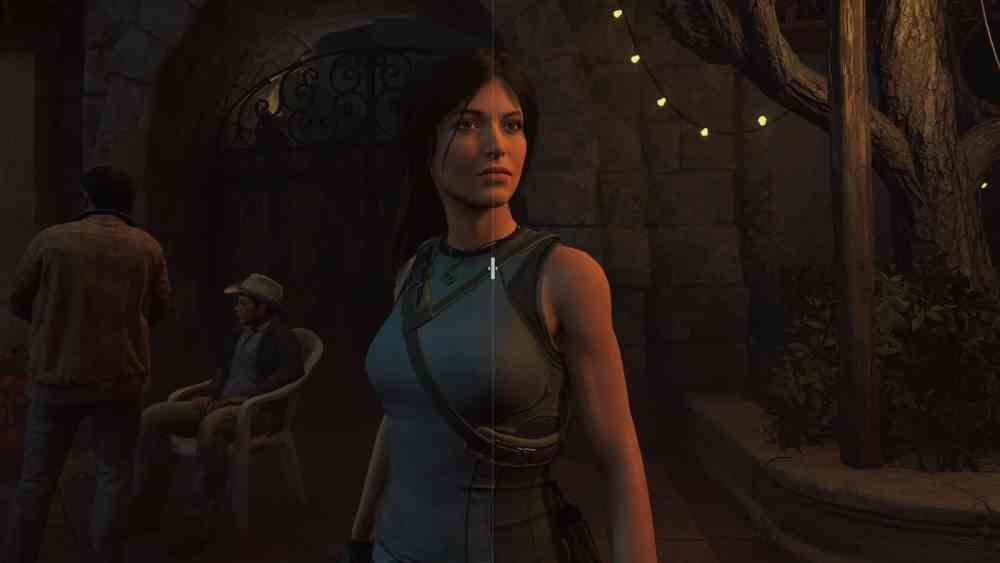 It costs less for every GPU to generate a frame at a lower resolution, so the objective of algorithms such as NVIDIA Image Scaling is none other than to be able to achieve frame rates while achieving the trick of having a higher resolution on our screen.

So if you have an NVIDIA GeForce GTX in your PC and want additional gaming performance in the form of higher frame rates per second, then using NVIDIA Image Scaling is highly recommended. What’s more, there are a lot of games on the market that don’t have DLSS support and that can be benefited even by using an RTX 20 or RTX 30.

Where there is a certain disadvantage is in front of the AMD FSR working on NVIDIA cards, since we are going to find a greater number of saw teeth in the scenarios and that tarnishes the image quality. Although we must start from the fact that the game must have a version for FSR in NVIDIA, which is the will of the development studio of the game itself to implement it.

How to enable NVIDIA Image Scaling?

We need to have updated and up-to-date NVIDIA drivers, it is an essential requirement. Once we have verified that the graphics driver is up to date we can try to activate the NIS in all our games.

To do this, right-click anywhere on the desktop, where there is no icon, to open the context menu and from there select the NVIDIA Control Panel option. From there, activating Image Scaling is as easy as setting the corresponding box to On: 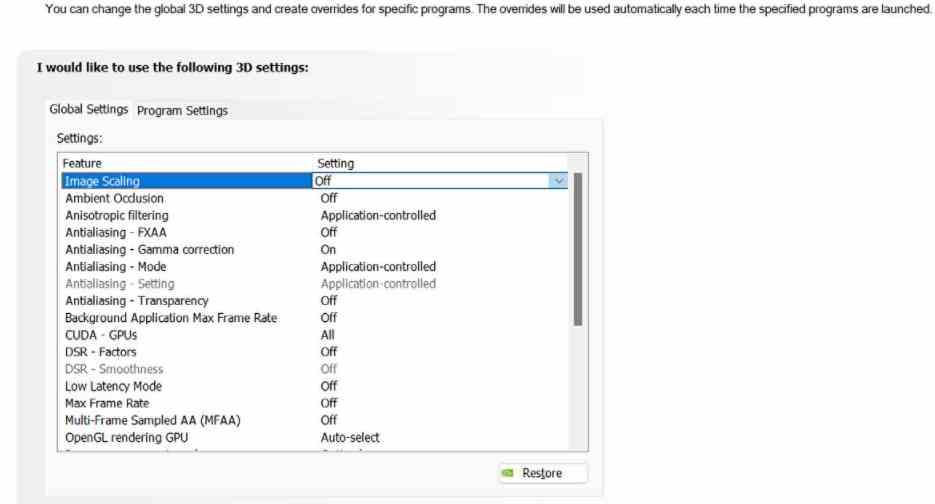 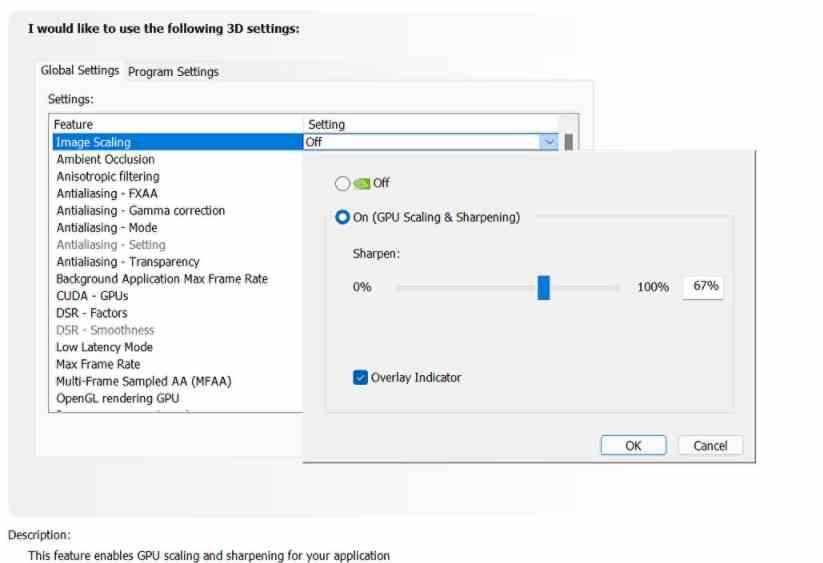 You will be asked what level of sharpening you want to apply to the game, which is nothing more than the level of scaling that we want to use. The lower the percentage, then the less machine will be needed to execute the algorithm, but what interests us is to achieve the perfect balance between resolution and sharpening or scaling level.

To this we must take into account that said value is not global for all the games, so it will have to be adjusted individually for each of the games. So it will be a trial and error exercise with each of your video games.