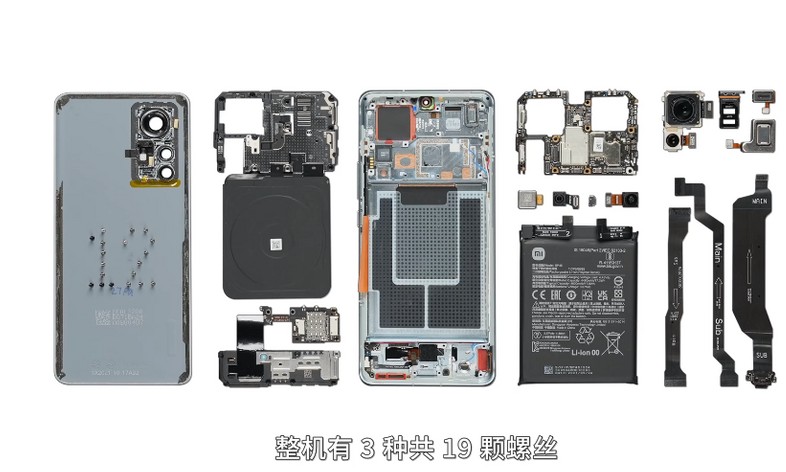 They unveiled it just the day before yesterday, and it won’t be available for purchase for some time yet, but Xiaomi 12 Pro is already the protagonist of the first video teardowns. The videos appeared on Chinese social platforms such as Bilibili, which we could define as the equivalent of YouTube; we have reloaded them right on the latter so that it is easier for everyone to watch it. Several details have emerged that are worth mentioning.

As usual, the smartphone opens starting from the back cover; the layout is the traditional one – back cover, central structure with support body, display on the other side. Motherboard and cameras are located at the top; in the center, there is the battery, at the bottom we find another card connected to the main one and various peripherals such as the charging port and the speakers. For the dissipation of heat, we find different solutions: a copper sheet, a film, a 2900 square mm vapor chamber (one side approximately 5cm x 5cm), and a layer of silicone grease.

The video allows us to closely observe the Sony IMX707 sensor previously unreleased, and its seven-element lens with built-in optical stabilization. We also see the ISOCELL JN1 sensor and that of the 50 MP ultra-wide angle. The smartphone includes an LPDDR5 RAM and UFS 3.1 internal storage drive, both of which are manufactured by SK Hynix. 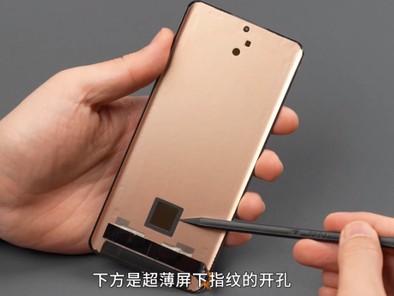 Also very interesting are the speakers, which are four and are oriented diagonally. The motor for vibration is particularly wide, more than what is found in other Android smartphones, and comparable to that of iPhones. Finally, the fingerprint scanner below the display: looks particularly sophisticated and refined, thinner than what is usually seen.

(the video below is without audio)

Xiaomi 12 Pro will be available for purchase in China starting from 31 December, with prices starting from the equivalent of 650 €. We don’t know when it will arrive in Europe / Italy.