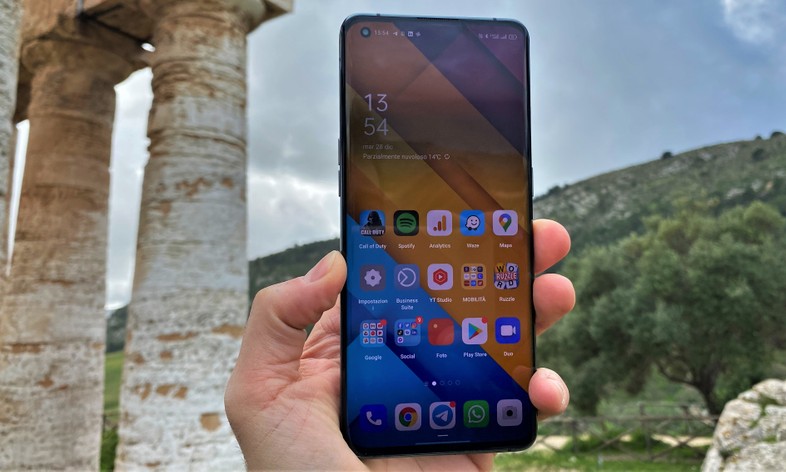 I don’t even remember when was the last time I spent nine months with the same smartphone, thanks to my work I have always been “forced” to continually change SIM cards and abrupt passages, but this year I decided to change strategy and keep it one always fixed, using the second SIM to gradually test other models: my choice fell on the Find X3 Pro.

Today I want to tell you the reason for my decision and what are the reasons that led me to keep it with me since the day of its launch, despite all the competition. I will not fail to also underline what I missed, why perfection has not yet been achieved by anyone and some small flaws come out only after so many months.

HOW IT CONQUERED ME

Each of us has our own needs, I will never tire of repeating them. I know mine very well: fast charging, credible battery life, quick task execution, stable and fast connection (certainly dual-SIM), and excellent rear cameras.

I wouldn’t add anything else: if I had to limit myself to the essential things, then this is my “top 5”. Then there are an infinity of more or less subjective details and nuances that fill the basket of satisfaction: aesthetics, interface, gaming potential, dimensions. If you aim for a top of the range – of any brand – it is really difficult not to be satisfied with almost all the points listed so far, but it is important to find the right mix, perhaps with some compromise.

The Find X3 Pro is the progenitor at Oppo and as such has put together many of their best technologies of 2021, without overdoing it. I think about the fast charging at 65W which allows me to take it from off (0%) to 100% in about 27 minutes, of course with a proprietary charger and cable. A great convenience that is difficult, if not impossible, to give up. I add that even the wireless charging speed is more than decisive (30W maximum), precisely with this model I began to disseminate strategic areas at work and home with “wireless charging points”. 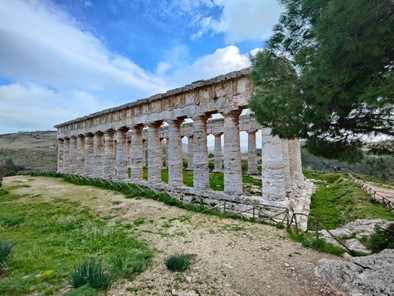 Then there is nothing to complain about the speed of execution of the operations, as easy to imagine from its technical data sheet is a smartphone that sets itself few limits and, after having tried many with a similar platform, I also see some positive differences. One of these is thermal management, the Find X3 Pro practically never heats, something that certainly cannot be said of some competitors with the Snapdragon 888 chip (see the Sony Xperia 1 III above all).

We also recently played Cod: Mobile live for over an hour, an operation done without feeling a few degrees more than normal on the hands. Moreover, I have not noticed any drop in performance over time, although only 9 months have passed and it has certainly flooded him with data and apps, “he” hasn’t batted an eye until now.

And then there are the cameras. For a video and photo enthusiast like me, this component is essential: I don’t miss 8K videos, I do not feel the need yet and when I made them with other smartphones I then had more problems than anything else to manage them in post-editing. It takes significant hardware resources on programs like Adobe Premiere when you switch to 8K and my laptop (with the dedicated graphics card, but not excellent) does not digest them so well. Therefore I am very happy with the well-stabilized 4K at 60fps that the Find X3 Pro allows me to take home.

The smartphone is an extremely useful tool in our work and, thanks to the technological leaps made in recent years, in some cases (see the video made for this occasion) I can afford to use it as an alternative to the semi-professional cameras we use in the editorial office. . Of course there are obvious trade-offs, from audio management (which is always better to acquire separately with another instrument) to autofocus. In short, mirrorless cameras do not fight, but over and over again I use the smartphone for work while maintaining very high quality.

The same goes for the photos: both with the wide-angle and with the main one I can take shots with extreme speed, thanks to the effective HDR and a very high level of detail (as indeed many tops of the range today also guarantee). I also like the speed of focus, the AI ​​function with scene improvement also helps me a lot: no revolution but it is quick to change the camera and suggest the most suitable one for the shot (in most cases it switches from main to wide-angle and vice versa).

BECAUSE I COULD BETRAY IT

I pick up from the last point to start my wish list because the high definition is not enough for naked and raw shots only: other models tease me when they show advanced recording potential, I am thinking of timelapse recording in 4K and slow-motion (over 120fps upwards) at the same resolution. I need it, the current hardware platform should be able to support them but, I think, I will have to wait for its successor Find X4 Pro, provided it remains “loyal” to Oppo. The Chinese company has worked to drastically raise acquisition capacities, so much so that the next flagship could include their first Neural Processing Unit (or NPU), Marisilicon X, with a dedicated ISP. On the Find X3 Pro there are already three (from ISPs): are they not enough?

I don’t use the front camera much (I don’t like selfies) but, for reasons that are always connected to work, I wish this image sensor would also allow me to record in 4K. I also think of the video calls and digital meetings that I often face with my smartphone, in short, the front is increasingly important. The microscope? Nice to have it and play with it the first few weeks, then I forgot about it and I think it would be more useful in its place.

Fast charging is one of the strong points for me, although there are already those who offer even more significant speeds but, if I were to find a small flaw in the flagship model of the Oppo lineup, then I would have to bring up autonomy. I realize that I am a demanding user, who uses his mobile device a lot but, after nine months, I arrive “only” at the end of the day, I hardly go further on busy days. It is not a real limit, mind you, also because in the mornings I realize that I have not placed it well on the charging base (and with 10-15% residual) I just need breakfast and shower time to have it at 100 %, ready to face another day. In short, 4.500mAh is enough for me but they are a bit tight; I wouldn’t mind having more margin at all.

Then I would like Android 12. Oppo has talked about an update within the year to the new distribution, at least for this model, but nothing is insight on the horizon yet and we are at the end of 2021. I hope that in the future the times can be shortened and that Oppo is more in step, although the experience of others with the latest version of the robot is not optimal even on Google devices (knocking on Matteo Virgilio who has been banging his head on the Pixel 6 Pro for weeks). I expect less time to pass from the announcement to the distribution, on the other hand, I applaud the choice of Oppo which guarantees three years of updates for its top-of-the-range.

FINALLY AVAILABLE AT A RIGHT PRICE

As much as I liked it at first sight, with everything I have told in this and the previous episodes, the Find X3 Pro debuted at the time at a price that I consider excessive. As happened with many other tops of the range, the parent company shoots very high: the price list stated 1,149 euros per day one, a figure that I would never spend for a “non-foldable” smartphone. It is a personal judgment, having tried so many and also knowing closely certain dynamics of the market.

Just inquire, hold back the most pressing desires and wait a few months. Now you can buy it peacefully at around 779 euros in its only variant with a lot of memory (12 / 256GB), almost a third less than the first day. I do not expect the best technologies to be given away, however, the price lists of the first weeks are always a bit inflated and you just need to skip a couple of seasons to take home an excellent model by paying it right. Those who want to spend even less must do nothing but aim lower, it seems obvious to me.

If I had to answer the question: “would you spend 779 euros for the Find X3 Pro today?”, The answer would be “Yes”. Without too many words, in my opinion, it remains one of the best smartphones of 2021, one of the most balanced, concrete, and satisfying also from an aesthetic point of view. But now the new year begins and the premises are more than interesting.