Xiaomi has failed to keep the promise of being the first company to arrive on the market with a smartphone-based on the new Snapdragon 8 Gen 1, the primacy belongs to Motorola which last week presented its Moto Edge X30 in China. The Xiaomi 12 range, however, remains on the launch pad and should make its debut at the end of the year. It will be an articulated product line, consisting of a basic model, a Lite variant, one Ultra, and one Pro. The latter is the protagonist of new rumors that focus on aesthetics. 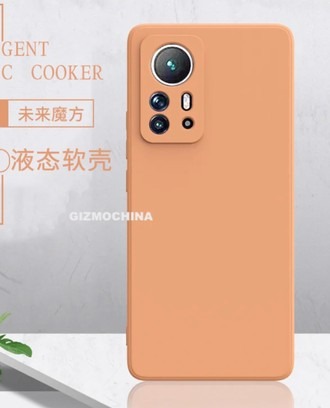 The site Gizmochina has published pictures of some smartphone cases. The most noteworthy aspects concern the rear, more specifically the camera module. The element does not go unnoticed, occupies a good portion of the upper left corner, and encloses the LED fash and the four sensors in a rectangular element (the smallest, in the lower right corner, could be a LiDAR sensor but at the moment it is simple speculation). The characteristics of the individual sensors are not known, previous rumors have claimed that the Pro (and the Ultra) would be equipped with a 50MP main sensor.

The images highlight further details of the design: on the right side, you can see the on / off button and the volume rocker. On the front stands the slot for the internal earphone. On the lower edge, you can see the USB-C port and a grid under which you could find a speaker and/or microphone.

The Xiaomi 12 Pro data sheet should also include a 120Hz OLED screen, a 4,500 mAh battery with support for fast charging at 120W, and the aforementioned new top-of-the-range SoC from Qualcomm.