The Note series is the one that has contributed most to the success of Redmi on the global market, with a total number of units that recently exceeded 240 million. At the end of October, the Xiaomi sub-brand launched the Note family 11 on the Chinese market, and almost two months later the first signs arrive that something is also moving about the rest of the world, including Europe.

Redmi Note 11 4Gin fact, it has just appeared in the database of two authorities: that of IMDA (Singapore) and above all that of the EEC, or the supervisory body for the Eurasian Economic Area. The “ballet” of certifications is one of the classic signals that normally precedes the marketing of a product: we do not yet have official news from the manufacturer on the timing, but the rumors speak of a window of launch which should fall ad early 2022, and probably as early as January. 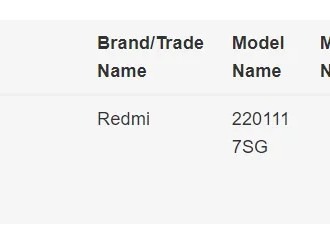 According to rumors, Redmi Note 11 4G will mount the Qualcomm Snapdragon 680 SoC, and not the MediaTek Dimensity 810 of the Chinese version: an indication that matches the scenario described by the November rumors, which spoke of a Note 11 family that could arrive on the global market with differences in the technical and perhaps even aesthetic – and in the specific with Qualcomm chip instead of MediaTek.

As for the rest of the spec sheet, the screen should be a panel 6.5-inch FHD + LCD (1080×2400 pixels), and the rear photographic equipment should count the main sensor from 50 MP, an ultrawide from 8 MP, and one macro from 2 MP. For the battery, we speak of a capacity the 5,000 mAh and fast charging support of 18W. For what concern the price, considering that the Chinese one is placed on the equivalent of 155 euros, it is conceivable (considering that the conversion is never precise) that Redmi Note 11 4G will be positioned between 200 and 250 euros.