For some time now Xiaomi has entered the world of TV Box and TV Sticks, all Android TV devices capable of making a TV that is not smart or replacing the operating system of a TV that is already smart but perhaps not brands new. Among the products currently available within the range of the Chinese manufacturer we find for example the Mi Box S, here our review, or the Mi TV Stick, most recently launched. Well, in these hours Xiaomi has made official the new TV Stick 4K, heir to the previous TV Stick bringing some interesting improvements.

We start with the new nomenclature; following the announcement last August then the abbreviation Mi disappears to leave more space for the brand itself. Hence, the new key simply takes the name of Xiaomi TV Stick 4K. Contrary to what usually happens, the launch of the new TV Stick took place rather quietly: no events or the like, therefore, but the product page silently appeared on the manufacturer’s official website.

As we can see from the photos available to us the new key is aesthetically almost identical to the previous model. Same rounded design on the edges and the same play of glossy and matte finishes, with the Xiaomi logo present on the back to replace the previous Mi and to reaffirm the brand’s desire to establish itself with its name. Even the remote control remains very similar to the previous one and, like the latter, offers two buttons for direct connection to Netflix and Prime Video in addition to the button for activating the voice assistant. As for the key, no more Mi logo, replaced by the Xiaomi one. 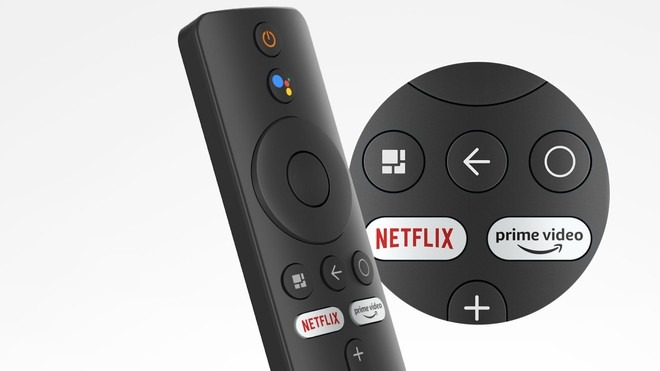 Speaking of hardware, the main feature is given by the ability to play content in 4K, against the maximum 1080p of the previous version. The key connects to the TV via HDMI, at the moment it is not known what type (we believe 2.0a), and is powered via a micro USB; yes, you can punch the table. The good news, which however does not justify the choice of the obsolete connector, is that in the package we have the charger, obviously micro USB, and also an HDMI extension to be able to position the stick away from the TV in case the direct installation is difficult.

At the level of wireless connectivity, we have support for networks 2.4 or 5 GHz WiFi and Bluetooth in version 5.0. As you have surely read in the title, all the most relevant codecs are supported, starting from the classic MPEG, passing through H.264 and H.265 up to AV1 and VP9.

It is not yet known the price, as well as we do not know when it will arrive on the Italian market. However, given the presence of the other solutions of the TV series we are confident that the new TV Stick 4K will soon make its debut also in our peninsula. Waiting to know price and availability, remember the Fire TV 4K Max is in the promo for only 38 € with very similar features and the Fire TV operating system with over 4 years of guaranteed updates.