AMD claims that their GPUs Radeon RX 600M (RDNA2) laptops are faster with FSR than a GTX 1650 Max-Q from Nvidia.

The first notebook designs with the series Ryzen 6000 (HS) are already available in the market, waiting for the launch of those notebooks with the HX and U processors later.

AMD surprises with some performance comparisons, especially those focused on games, since the series Ryzen 6000 It seems to provide a good graphical improvement over its competitors. 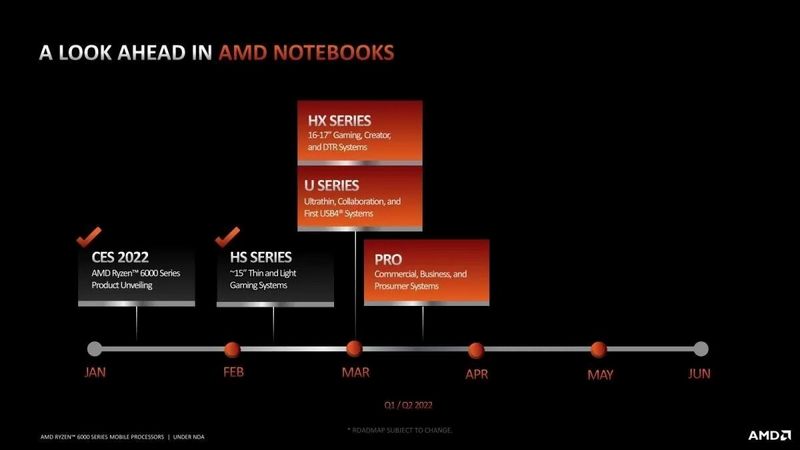 As we know, the integrated graphs of Ryzen 6000 for laptops it’s called RX 600M, which would offer superior performance to the Xe-LP iris. The better view in different games is evident. AMD uses the processor Ryzen 7 6800U in the comparison, measuring itself against the Core i7-1165G7which uses the iGPU Iris Xeboth with a TDP of 28W. 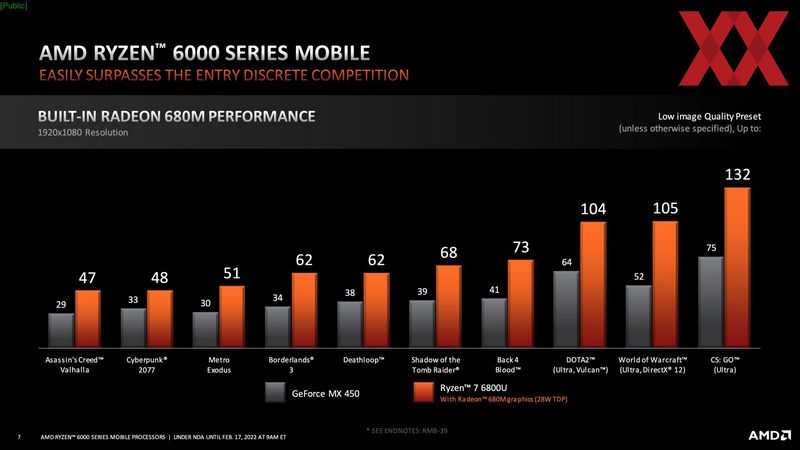 AMD has also benchmarked its RX 600M against dGPU solutions such as the GeForce MX 450 and GTX 1650M Max-Q. Here AMD cheats a bit, as the performance without FSR of the RX 680M is inferior to that of the GTX 1650M, but with FSR support it manages to outperform it. Remember that GTX GPUs do not support DLSS. 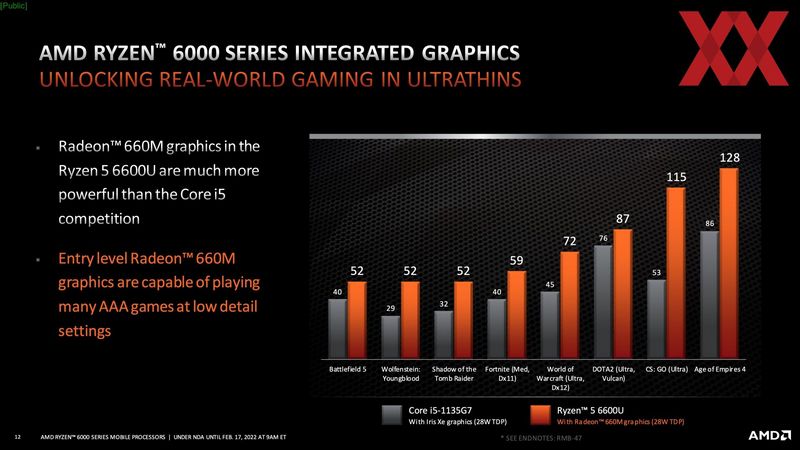 A comparison is also made of the Ryzen 5 6600Uwhich is compared to the Core i5-1135G7 and the MX450, also showing great performance. With FSR, this RX 660M is also higher than GTX 1650M. We should be seeing specialized media comparisons in the coming weeks. We will keep you informed.