According to Consumer Intelligence Research Partners (CIRP), Apple only holds 5% of the smart speaker market. Amazon, with its voice assistant Alexa, now has 69% of the market while Google is in second place with 25%.

Quite eloquent numbers let us understand the considerable lag that Apple has accumulated compared to its competitors in a sector that is becoming increasingly important. A delay that also becomes very difficult to recover considering that Apple, at the moment, only has one HomePod mini on the list.

However, the Cupertino company would not have given up on the idea of ​​trying to conquer new shares in this market segment. In recent months, rumors have already circulated regarding the possibility that Apple is thinking of expanding the offer of smart speakers also equipping them with screens and cameras for FaceTime just like Amazon did with its Echos 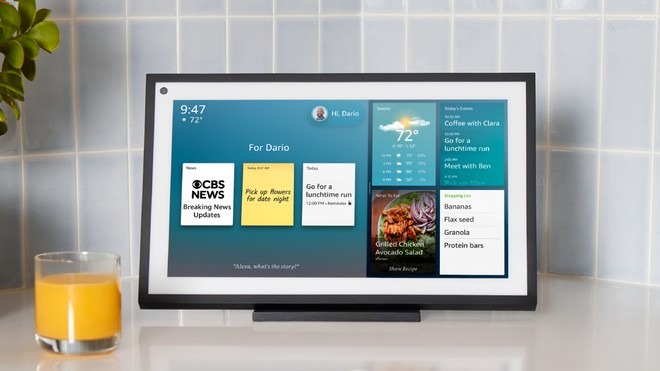 According to what was stated by Mark Gurman of Bloomberg, Apple would also be thinking of an iPad with a very large display, about 15 inches, which could arrive on the market in the next few years. However, we are not talking about an iPad as we are used to knowing it, but about a real home entertainment device capable not only of running apps in multitasking but also equipped with more powerful speakers, integrated into a design thicker than the current one, cameras with horizontal orientation, rear power connector and even support for wall mounting.

In practice, a large 15-inch iPad can be used both at home, placed on a desk, in the living room or the kitchen or as a tablet to take with you even outside the home. Of course, even if this is a device that Apple could manufacture, the price could be prohibitive even if that would not be the main problem. Such a product would also require a more advanced digital assistant than what SIRI offers today, which still needs to improve in many respects.

With this product, however, Apple would still have an immediate advantage over Amazon and Google thanks to its App Store. Moreover, it would have no difficulty in creating a new version of its operating system for a device designed for stationary use.

Apart from that, for the next year, Apple would be focusing above all on the iPad Pro which, after three generations practically unchanged from the point of view of design, could be affected by a major renewal. Furthermore, the mini-LED panel already seen on the 12.9-inch version should also arrive on the 11-inch model and for both, there would be support for the Mag-Safe magnetic wireless charging platform with reverse wireless charging functionality.