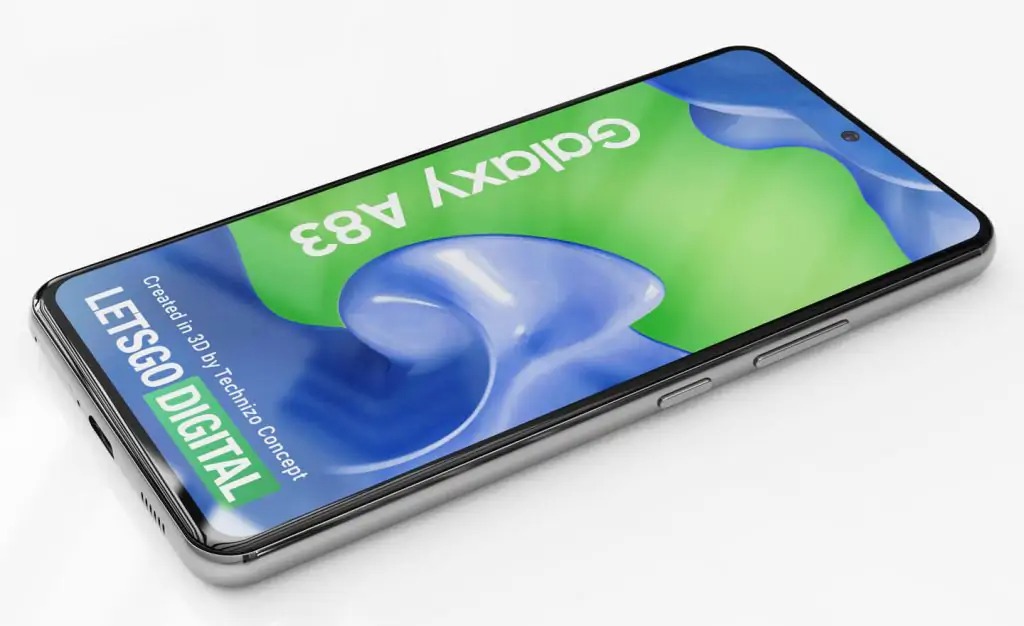 Undoubtedly, the attention of fans and professionals is focused on the series Samsung Galaxy S22 but the Korean giant also has other interesting smartphones in the pipeline, such for example Samsung Galaxy A83 5G.

Well, in the past few hours from the collaboration between the Technizo Concept design and the Let’s Go Digital staff, a concept which shows us what the design of Samsung’s new mid-range model could be.

This is what Samsung Galaxy A83 5G could look like

The concept in question shows us the possible design of the Samsung Galaxy A83 5G in two colors, black and green, proposing some of the classic features of Samsung’s A Series phones.

Among his features a 6.6-inch AMOLED display with a refresh rate at 120 Hz and an integrated sensor for fingerprint recognition, a single front camera with a 10-megapixel sensor, a triple rear camera (with a 64-megapixel primary sensor, one ultra-wide-angle, and a third dedicated to macro shots), body dust and water-resistant (with IP67 certification) and a battery of at least 4,500 mAh. 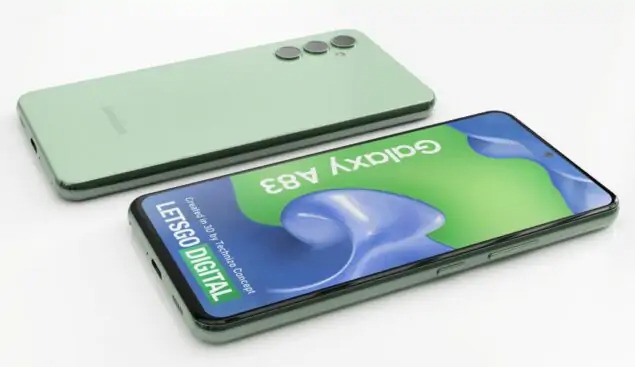 Considering that its predecessor, Samsung Galaxy A82, is powered by a Qualcomm Snapdragon 855+ processor, the Korean giant should also rely on a Qualcomm CPU for the new model.

As for the memories, Samsung Galaxy A83 5G should be sold with 6 GB or 8 GB of RAM and at least 128 GB of integrated memory (it remains to be seen if the smartphone will be able to count on MicroSD support).

We await official information from the Korean manufacturer to find out if and when Samsung Galaxy A83 5G will be launched and in which price range it will be positioned, being one of the most important aspects for its eventual success.