For installation on iPhone and iPad, it is necessary to have at least 20% of residual charge or better still to keep the device connected to the mains during the update. It is also possible to update under the 5G network if the functionality has been activated in the settings. For watchOS, the app on the connected iPhone must be used and Apple Watch must have at least 50% autonomy and be within range of the iPhone‌ it is associated with. To install the beta on tvOS you need to download the profile ‌‌ using Xcode 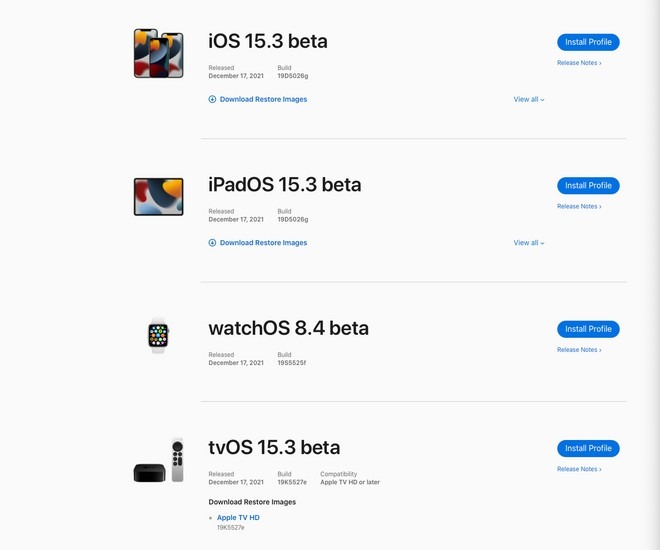 At the moment, there is no information regarding the innovations introduced by Apple in these new versions of the operating systems of the iPhone, iPad, iPod Touch, and Apple TV. With iOS 15.2, remember, support has arrived for Apple Music Voice Plan, a new type of subscription that provides access to music via Siri, the App Privacy Report, new safety features for children and parents in Messages as well to other functions, and various bug fixes.

As for macOS Monterey, after the public release of version 12.1 in the past few hours, the first beta of version 12.2 has arrived, which integrates an all-new Apple Music app, recompiled using AppKit, and offers smoother scrolling of web pages in Safari on the new 14 and 16-inch MacBook Pro thanks to better use of ProMotion technology that allows you to increase the refresh rate of the panel up to 120Hz.