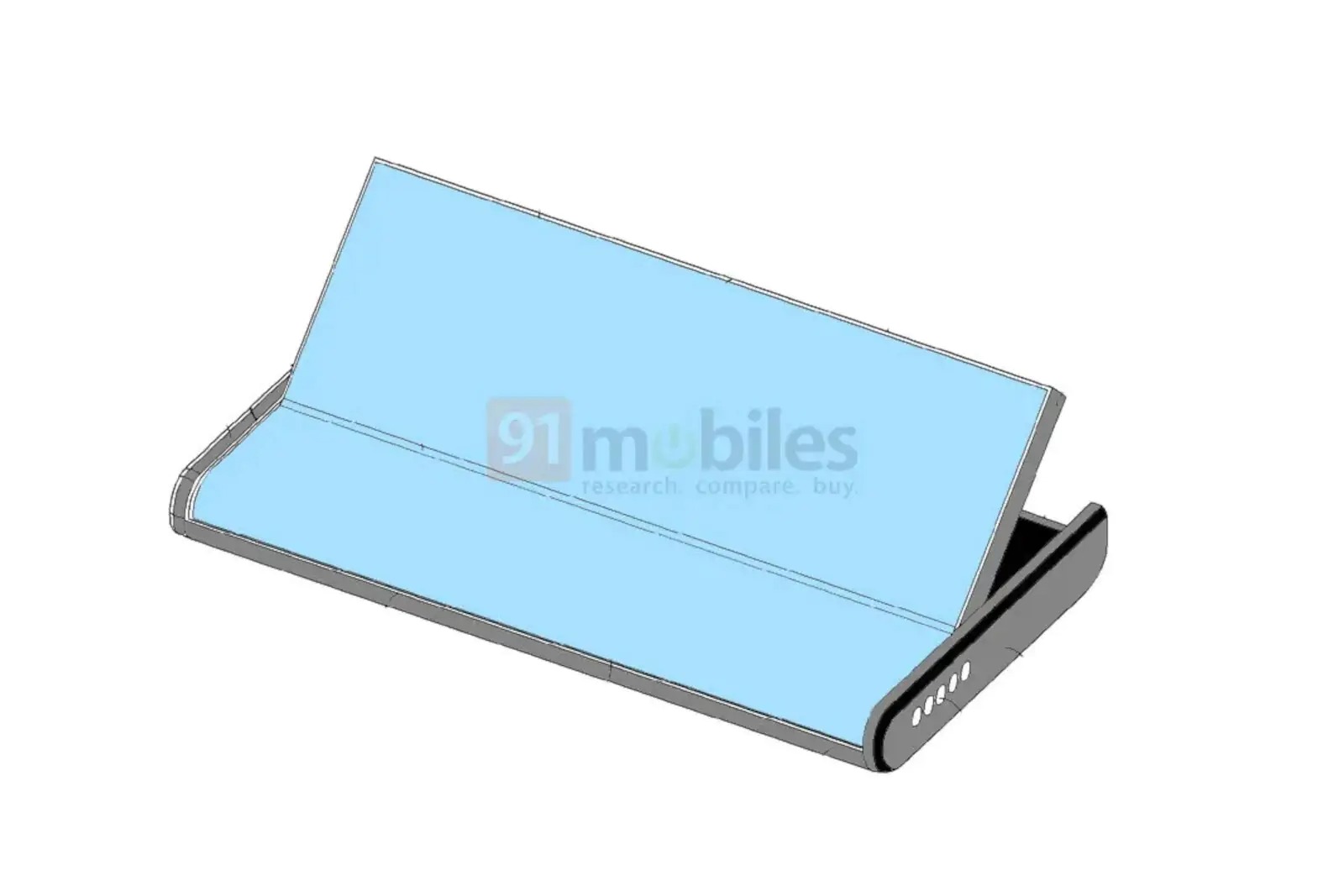 Samsung And OPPO are among the reference companies in the smartphone market and can count on a range of devices in continuous evolution. For the foreseeable future, both manufacturers aim to impress with new concepts of smartphones capable of renewing the offer of devices on the market. Be Samsung that OPPO has recently filed a series of patents that may have anticipated the new design solutions and technical characteristics of future smartphones. Let’s see the details below.

At Samsung, it is certainly not a mystery, there is the desire to continue investing in smartphones with folding displays. The good feedback obtained from Samsung Galaxy Z Fold3 5G and the Samsung Galaxy Z Flip3 represent an extra incentive for the Korean house, always looking for new possible applications for its foldable displays. One of Samsung’s latest patents, filed in recent months at the World Intellectual Property Organization and leaked online in these hours, concerns an unprecedented smartphone concept.

It is, in fact, a device capable of “performing bending and sliding operations “. The images attached below translate the technicalities reported in the documentation filed by Samsung for the patent. This solution anticipates a smartphone with a display capable of passing from a compact shape to a more extended one making the most of the three dimensions and not limiting oneself to the plane. In particular, for multitasking, a solution of this type, especially in the case of compatibility with an S-Pen, could prove to be particularly convenient. 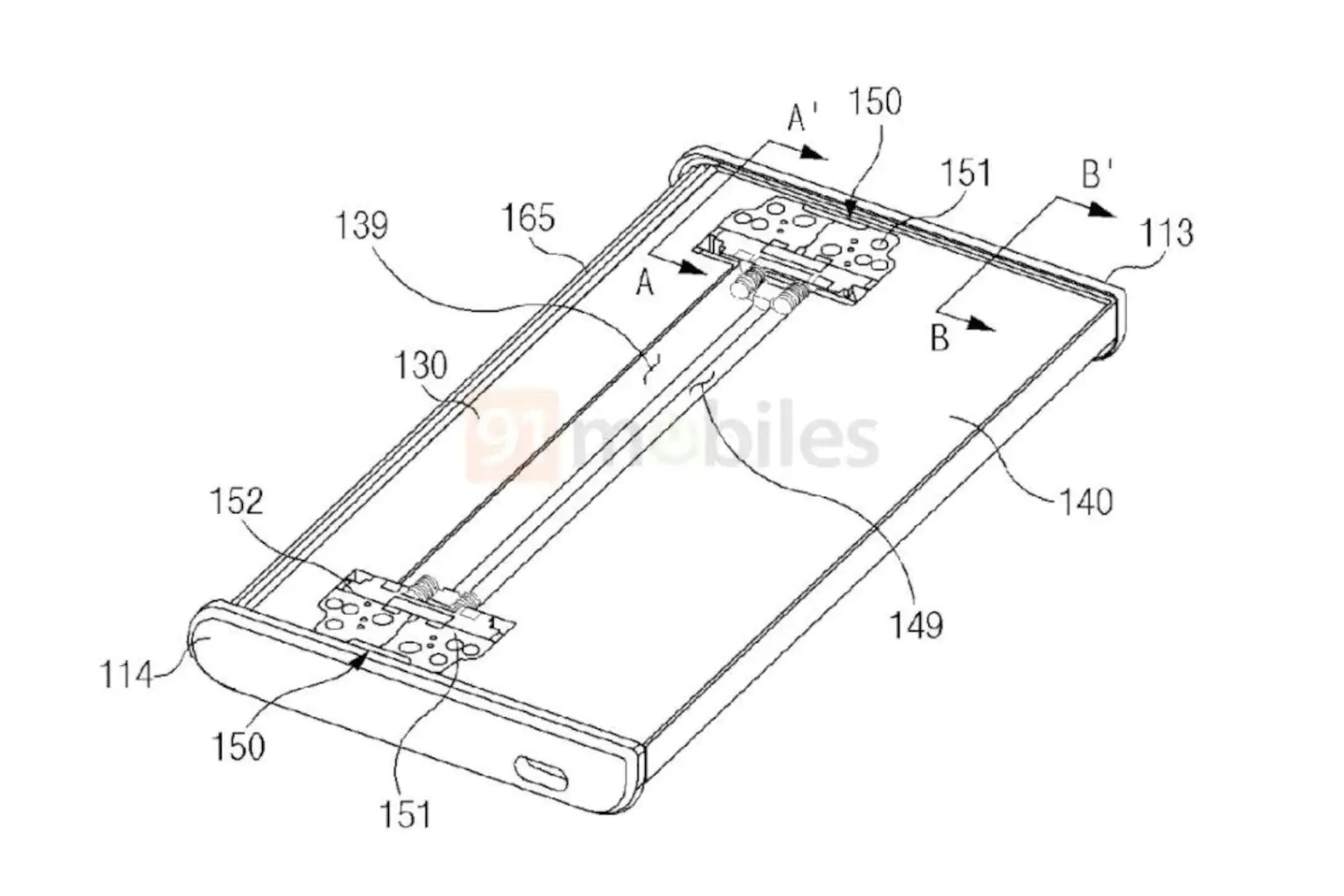 Among the patents filed by Samsung at WIPO, there are further possible applications of scrolling displays combined with folding solutions. The image below, released by LetsGoDigital, for example, shows us a possible evolution of the Galaxy Z Fold defined as Dual Slide. The smartphone has various options to extend the screen into space, expanding the useful surface available to users.

The documentation attached to this second patent from Samsung also shows us how the user interface could adapt to various configurations of smartphones. Based on the actual position of the display, the UI could adapt the applications to best display all the available content and put some additional features at the service of the user. This could happen with both the camera app and messaging apps that would make the most of the screen to view the conversation and keyboard.

At the moment, Samsung’s patents must be considered exclusively as possible future evolutions of the Korean manufacturer’s range and, in particular, of devices with folding displays. At least officially, Samsung has no immediate plans to exploit these patents. However, the company could anticipate the new applications of folding display technology already in the coming months, perhaps at CES 2022.

OPPO: secondary display on the rear body for the future top of the range?

Also, OPPO recently filed a new patent, this time with the Chinese National Intellectual Property Association (CNIPA). In this case, the Chinese company confirms that it is working on solutions that are much less extreme than those anticipated by Samsung’s patents. OPPO’s proposal for the future of its range of smartphones provides for the presence of a secondary display on the back of the smartphone case.

This solution, certainly not a novelty in the mobile telephony sector, can guarantee a series of additional features that are certainly of interest to users. The secondary display, placed at the height of the camera module, can, be used to get information quickly (the time, notifications received, etc.) as well as being able to adapt for a series of additional functions. The display could be used, for example, in conjunction with one of the rear cameras to shoot selfies.

OPPO’s patent, much closer to the current solutions on the market, could anticipate one of the features of the company’s next smartphones. A secondary display could be proposed on one of the next OPPO 2022 tops of the range. We will know more, no doubt, over the next few months as the company unveils the upcoming novelties for its range of smartphones.