Tesla moved its headquarters to Texas near the new Gigafactory where it will produce the Model Y and the anticipated Cybertruck. This factory is central to Elon Musk’s company growth strategy. A plant in which the American manufacturer intends to invest over time as well 10 billion dollars.

This important detail was highlighted directly by Musk via Twitter, in response to a tweet in which a Democratic Party candidate in the United States Congress (Mike Siegel) criticized the fact that the manufacturer had received 60 million various incentives from Texas for the construction of the new Gigafactory.

Musk then replied that Tesla will invest this important amount in this factory overtime. Production site that will directly employ 20,000 people and which will make it possible to create another 100,000 jobs linked to related industries. For the moment, we know that Tesla has already invested a billion dollars in its new factory. A figure, however, was only used for construction and commissioning. 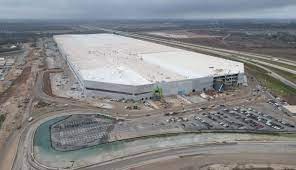 Giga Texas is a $ 10B + investment over time, generating at least 20k direct & 100k indirect jobs

Over time, therefore, the manufacturer will continue to invest in this plant to expand its production capacity. Today, all Tesla vehicles currently sold in the United States are only made at the Fremont plant in California, which can build around 500,000 electric cars a year.

The Texas factory will therefore make it possible to meet the demand for cars on American territory. Furthermore, given that the Berlin Gigafactory has not yet entered into activity, one can imagine that the Model Ys built here can also be exported to the Old Continent. Currently, Model Ys built in China are imported to Europe.

In any case, if the numbers declared by Elon Musk are really real, especially those on the employment front, the Texas investment could be paid off quickly by the boost that will be given to the local economy.