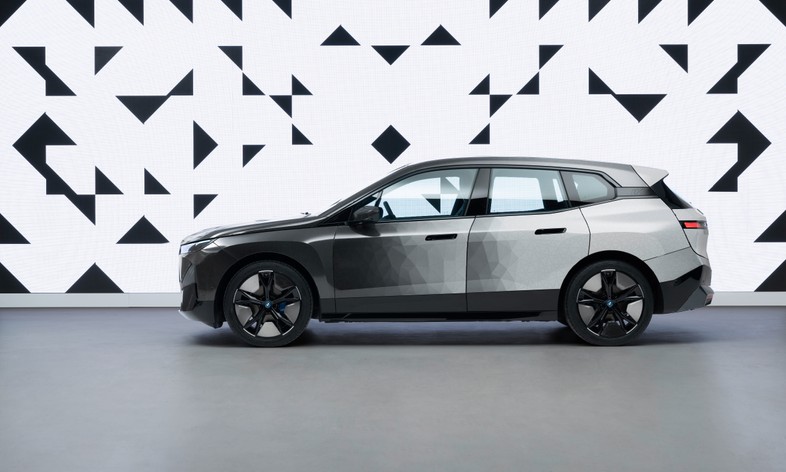 CES 2022 has ended and, as usual, many innovations were presented both in the tech and mobility fields. If we made specials for the first few days, from that on the best notebooks to the one on processors, Without forgetting the tech curiosities of the fair, certainly could not miss an overview of the most interesting innovations also on the engine side.

So let’s not waste any more time: here are the most interesting ideas that emerged during the overseas fair, from cars that change color to the most futuristic visions of connected and augmented mobility that wink at the metaverse.

One of the most spectacular innovations that have been seen at this CES is undoubtedly the work of BMW, which in addition to presenting the most powerful electric vehicle in its range of products, also showcased an iX with a body that can change color at the push of a button. It looks like a James Bond movie, to the point that anyone who has come across the video on social media may have thought of CGI animation, but it is reality.

According to the manufacturer, this is the first car in the world with this technology, and BMW had already anticipated its presence at CES 2022 in December. At the moment it is not yet known whether or not it will become a commercial option; the technology is based on a film that uses electronic ink as is the case for e-books like Kindle, an electrical impulse is enough for the electrophoretic energy to bring different color pigments to the surface, making the body take on the desired color.

The keyword for BMW is customization, which is also reflected in the soundtrack (of an otherwise silent electric car) created by Oscar-winning film soundtrack composer Hans Zimmer, and how you can immerse yourself with a touch.

In addition to the Digital Art Mode that allows you to almost dive into a moving picture, there is also the Theater Mode, which transforms the rear part of the cockpit into a private cinema with surround sound, 5G connectivity, and a 32: 9 widescreen display with up to 8K resolution that drops into place when activated. As for the contents, the BMW Group has teamed up with Amazon to offer those of the Fire TV. 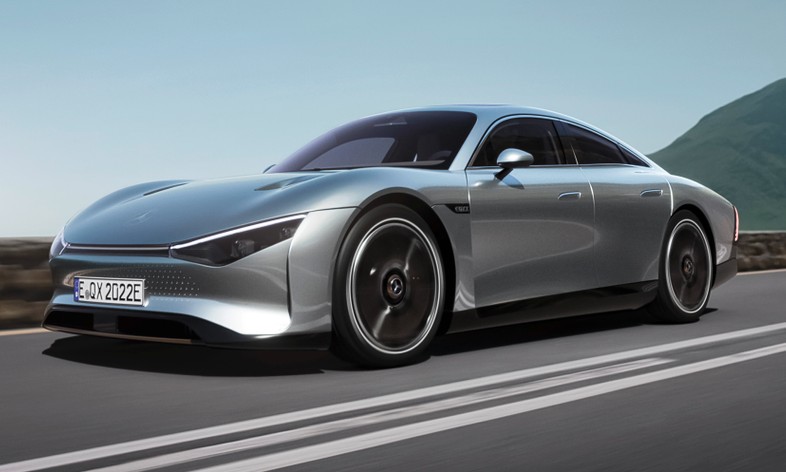 Spectacular, this time also for the performances and the declared autonomy, the proposal of Mercedes, which presented the Vision EQXX. Designed in 18 months, it has a battery pack of less than 100 kWh which guarantees an autonomy of 1000 km per charge and sophisticated aerodynamics as the declared Cx is just 0.17. The house has worked a lot on efficiency, bringing consumption to 10 kWh / 100 km thanks also to technicians who come from Formula 1 and Formula E.

For Mercedes it is a concept car because the technological innovations onboard may arrive in the future on the new electric cars of the German brand: in the cockpit, there is a large 47.5 ” free-floating display with 8K resolution around which the whole user experience revolves, to which the virtual assistant Jelinek comes to the rescue; for the occasion, the first real-time 3D navigation system for a screen of this size was developed.

Aerodynamic design with clean lines, on the roof there are 117 solar cells to power the many auxiliary devices, and materials such as carbon fiber have been used to reduce the weight as much as possible (empty it weighs about 1,750 kg). Mercedes has used only sustainable materials for the interior such as the bamboo fiber of the rugs, the biodegradable vegan silk of the interior handles, and alternative materials to leather for the seats: Desertec, made from cactus fiber and Mylo vegetable leather produced from mushroom mycelia.

The one brought to CES by Hyundai is more than anything else a vision, that of mobility that is combined with robotics to reach metal mobility, allowing people to overcome the physical limits of movement in time and space. A holistic vision, given that it is realized in various ways, will gradually see the differences between the different types of mobility fade thanks to extended technologies such as AI and autonomous driving.

Keystone in this vision of future mobility is robotics, also considered the acquisition of Boston Dynamics by the South Korean multinational (an event celebrated even with a BTS music video), and so on vehicles become a gateway to the metaverse offering VR experiences: you enter and choose your Avatar, which can also be connected to a robot capable of acting on our initiative in a distant place in time and space, and thus robotics becomes a means to connect the virtual and the real world. Depending on the user’s needs, a car can be transformed into an entertainment space, a meeting room for work, or even a 3D video game platform.

Another pivot of this vision is the concept of Mobility of Things (MoT) that is, the intent of giving mobility to normally motionless objects thanks to robotics, using modular platforms. Thus, in the futuristic vision of the Hyundai brand, the stand with the stick moves towards the lady who needs it to walk, but the applications are also several in the field of urban mobility and industry.

Perhaps someone remembers that at CES 2020 Sony surprised everyone by presenting the Vision-S, an electric concept car; to those who had hypothesized the possibility that the company entered the automotive sector, at the time it was replied that the car would only serve as a testbed for several technologies destined for self-driving vehicles in the future.

But perhaps on this front, there has been an afterthought, because all CES 2022 Sony presented the Vision-S02, SUV version of the Vision-S, and announced at the same time that it plans to create a new company to explore the entry into the electric vehicle market, the Sony Mobility.

The SUV is based on the sedan presented in 2020, has two electric motors that each offer a power of 200 kW, and being a little larger than the previous one, it can offer up to 7 seats. Onboard a large panel containing the instrumentation displays, the infotainment display, and the one for the front passenger; behind two further screens for passengers and advanced assisted driving solutions with 40 sensors including cameras, radar, ultrasonic sensors, and LiDAR.

In conclusion, it is still too early to understand if we will be able to drive Sony-branded electric cars in the future, but evidently, something is brewing.

5. TOGG: THE CAR BORN AS A SOFTWARE

The Turkish company TOGG took advantage of the CES to propose its concept of an electric car designed as software, which rides a concept similar to that of Tesla, namely the car as a smartphone on wheels, coming to conceive the car as an ecosystem of services.

As often happens with software the ecosystem onboard the TOGG SUV was created starting from the analysis of use cases, that is, from the desires regarding the mobility of people, and is centered on the concepts of intelligence, connectivity, autonomy, empathy, and sharing.

The platform onboard the car is conceived as a portal to manage all your smart devices, to which it connects via API: and so the car unifies the access points, allowing you to control smartphones, smart homes, digital assistants, and so on from a single screen.

In this way, it will connect to the network of services and charging stations, to home automation, to the internet, and more. becoming an assistant able to warn us if we have left the iron plugged in or if home delivery has taken place. Among the anticipated technologies there will also be a holographic assistant with 3D images and augmented reality, available on the SUV since launch.

TOGG is planning 1 million vehicles by 2030, and as anticipated the first will be an e-SUV that will roll out of the plants by the end of 2022 and will hit the market in the first quarter of 2023; initially, we talk about Turkey and then about in five European countries including Italy, which moreover participated in the design with the collaboration of Pininfarina. Following will come to a sedan and a hatchback, then a B SUV and a minivan.