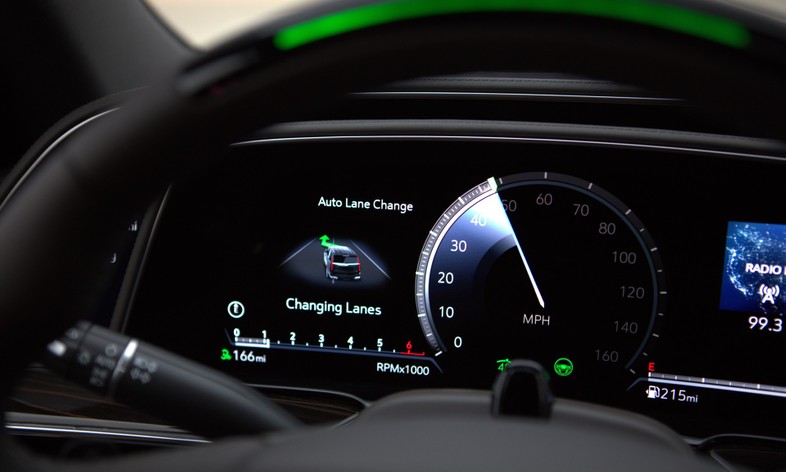 General Motors announced several news at CES 2022 in Las Vegas as we have been able to see these days. One of the latest announcements is about Ultra Cruise Assisted Driving technology which, as we know, allows cars to drive on their own with drivers who can also take their hands off the wheel.

Hence, the American car manufacturer chose Qualcomm for this advanced driver assistance solution. Specifically, the brand will use the new Snapdragon Ride platform Qualcomm with a 5nm Snapdragon SA8540P chip. The computer that manages the assisted driving system, GM says, is the size of two laptops placed one on top of the other.

Ultra Cruise will do its debut in 2023 and among the first models to have it, there will be the CELESTIQ Cadillac, a new 100% electric car. According to what GM has told in the past, Ultra Cruise was created to allow hands-free driving in 95% of all driving scenarios along 2 million miles of roads in the United States. This assisted driving platform will only be offered on the Group’s premium models. For all others, the Super Cruise system will be offered.

From the hardware point of view, the cars that will have Ultra Cruise will adopt cameras, radar, and LiDAR. In addition, this driver assistance platform over time will be continuously improved thanks to OTA updates. If the system is not able to manage the driving scenario in which the car will be at a given moment, it will warn the driver through warnings, including vocal warnings. At that point, the driver will have to quickly regain control of the car.

Furthermore, to ensure that those who are driving are not distracted so that they can intervene quickly, the cars will have a camera that will detect the level of attention of the driver.