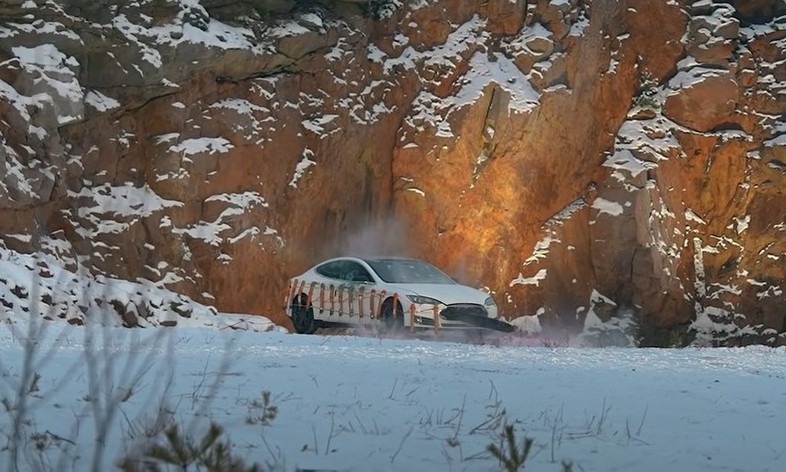 When the mechanic’s estimate is almost equal to the value of the car, the question arises whether it is worth having it repaired or scrapped. Some opt to resell it in pieces to try, however, to get something out of it. Tuomas Katainen, a Finnish owner of a 2013 Tesla Model S, after seeing the cost of the quote to change the battery pack, decided for something more extreme. He did blow up with 30 kg of dynamite. A slightly exaggerated reaction? Probably …., but let’s see what happened.

According to the Finn, for the first 1,500 km after the purchase (the Model s was bought used it seems), the electric car ran without any problems. Subsequently, a series of error codes appeared that led the car owner to go to an authorized Tesla repair shop. After about a month of detention, the response was clear: the only solution was to change the entire battery pack. The cost of the operation? About 20,000 euros and all to be pulled out since the car warranty was now expired.

A rather frustrating ruling given that that figure is roughly equivalent to half of what it takes to buy a used 2013 Model S in Finland. The prices are around 40,000 euros. Tuomas Katainen, therefore, decides not to carry out the repair and to end the life of this electric car with a bang.

For that reason turned to Pommijätkät, a group of explosion experts who post several videos on YouTube. The film made is truly spectacular. Inside the Model S, a mannequin with the face of Elon Musk was launched from a flying helicopter. The 30 kg of dynamite produced an incredible explosion, shown complete with a slow-motion from several shots.