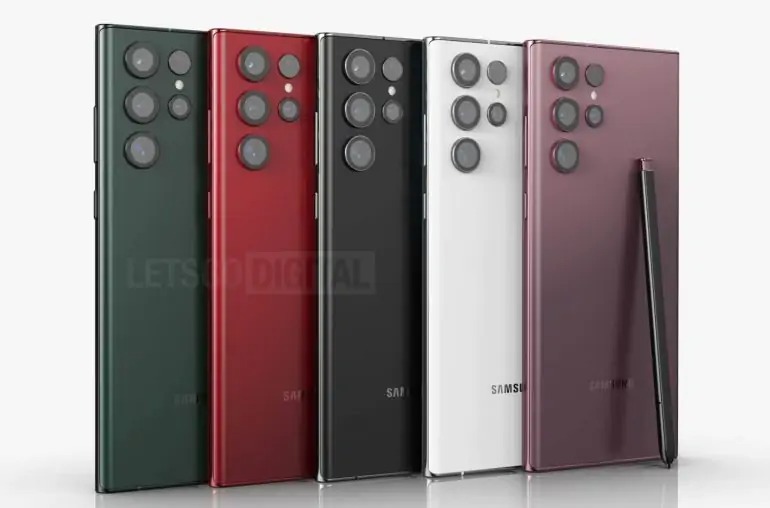 With the approach of February and therefore of the official presentation of the series Samsung Galaxy S22, information on the Korean giant’s next devices continues to leak. In recent days we have been able to admire various colors, today we try to recap the whole situation, with the five colors currently known of Galaxy S22 Ultra, thanks also to the renderings made by colleagues of LetsGoDigital.

The five color variants of the Galaxy S22 Ultra

The next stop of the range from Samsung should arrive on the market in five different colors, although it cannot be ruled out that there may be others in the pipeline. At the moment we know that it could arrive in the colors white, black, green, red/burgundy, and pink/purple.

Following the release of the first print render, which you can see above, some aesthetic details have been revised:

It seems that all five colors will be marketed in opaque variants, to make the fingerprints less evident and give a more elegant appearance to the device. 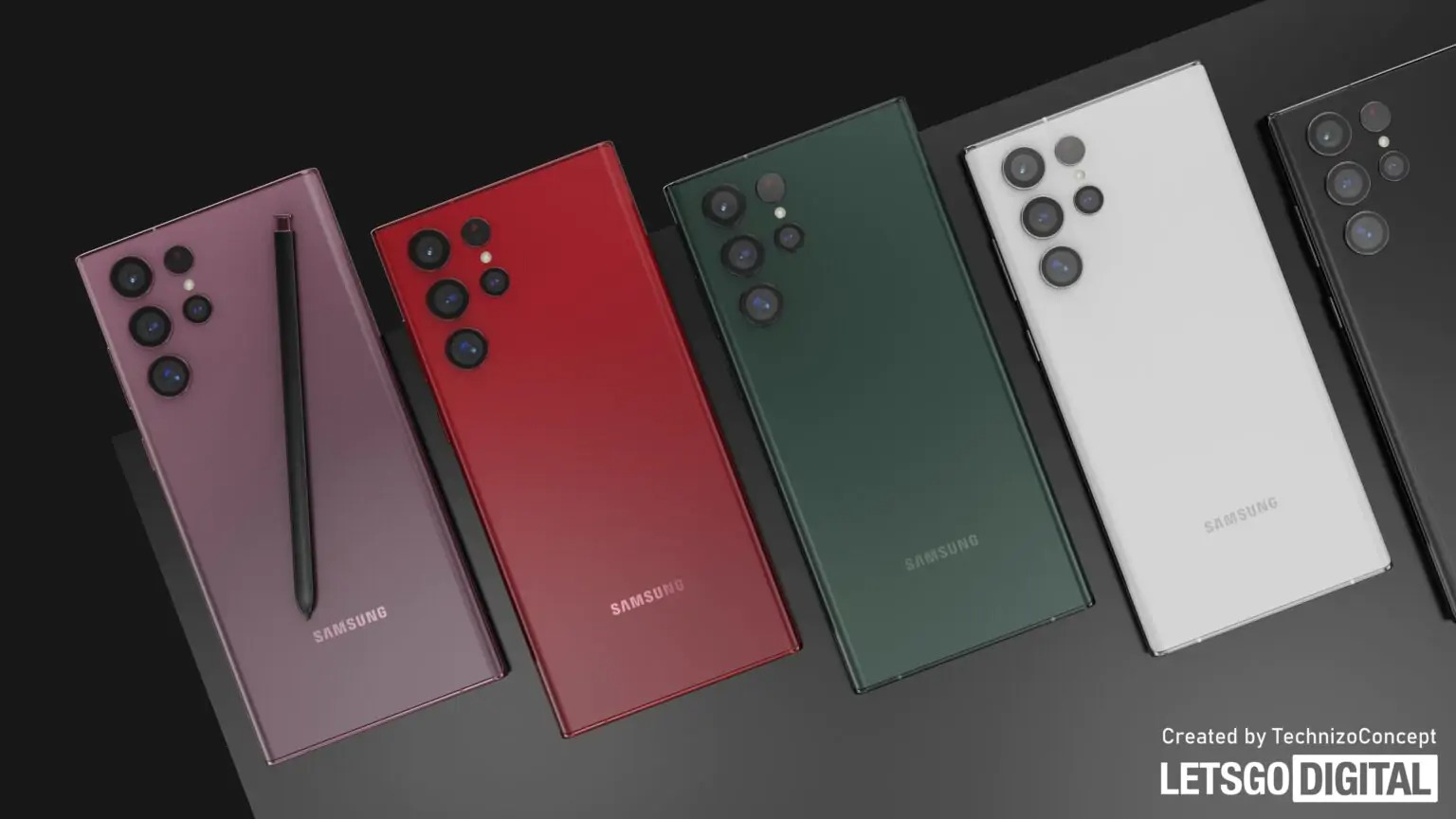 Before the print render was released we were unaware of the purple version, this could presumably be one of the exclusive custom colors. It can be seen that the S Pen of this variant is predominantly black, with a purple part at the end so that it does not clash with the rest of the phone once it is placed in its cradle. This is another sign of attention to detail from Samsung.

Always talking about S Pen it seems the company is planning to release one for each color (i.e. one completely white, black, green, and red) and others with exclusive colors, in black variant for the main body but with the terminal part in the same color as the device.

An important improvement made by Samsung relates precisely to the S Pen, or rather his housing. The predecessor Samsung Galaxy S21 Ultra, despite integrating support for the use of the stylus, does not have a dedicated housing, relegating to some models of cover the task of holding the S Pen close to the phone. Surely the company had to work a lot, even internally, to adapt the design of the smartphone to the compartment for the S Pen, but all this leads to an undeniable greater comfort for the user.

A further aesthetic change was made to the camera compartment, giving up the large metal “island” in favor of a “waterdrop” design. The main sensors should include a 108MP camera at the rear, a 12MP wide-angle camera, a 10MP periscope zoom camera with 10x optical zoom, and a 10MP zoom camera with 3x optical zoom. At the front, there is a 40 MP sensor, integrated into the central part of the display panel, which should be able to carry out video footage also in 4K resolution.

According to the leaker’s statements Ice Universe, who had the opportunity to take a look at a photographic comparison between the old and the new generation, it seems that the 108MP main sensor will also be equipped with Artificial intelligence, to offer higher image quality and will perform 8K video recordings. The macro and night modes also seem to have been significantly improved.

We just have to wait for February to be able to admire Samsung Galaxy S22 Ultra live.