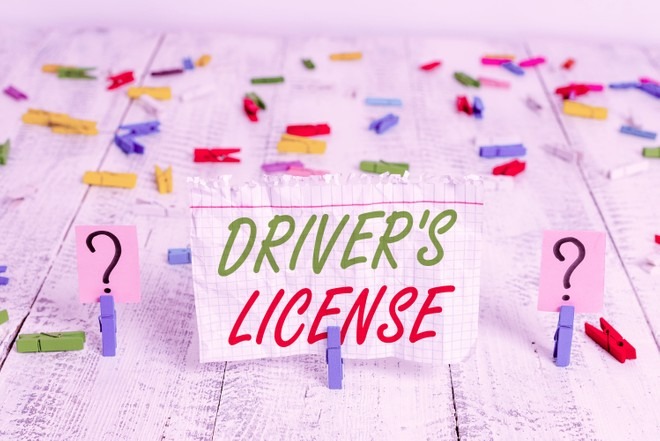 An interesting investigation by Zutobi, that has compared the driving licenses of 22 countries around the world to understand where and with which “stakes” they are valid (or are not). And if the usability of the Italian license within the European Union – which a few weeks ago was the protagonist of a small revolution relating to the theoretical examination – is certainly not new, it is useful to know if one can rely on the tricolor document in case of vacation or moving, temporary or permanent, outside the Union.

Italy comes out well, almost very well: the Belpaese scored two points less than the best on an overall that exceeds 100 points, so for once we are among the best having little to complain about. In short, the Italian driving license is a lot powerful – to use the definition of Zutobi.

To arrive at a numerical and therefore comparable result, Zutobi created a points system that summarizes the usability of driving licenses in the countries examined. The sum of the individual scores obtained by one country “against” another determines the total that earned Italy fourth place, behind Belgium, France, and Germany.

*The international driving permit must be requested from the Office of the Civil Motorization, requires the payment of some bulletins (the total amount is approximately 50 euros), and is valid from 1 to 3 years depending on the agreement, but always subject to the limit of validity of the Italian driving license in possession. [fonte: MIT]

Said of the legend, necessary to understand the table, how much can the Italian driving license be used abroad? The answer is a lot, indeed very very much. 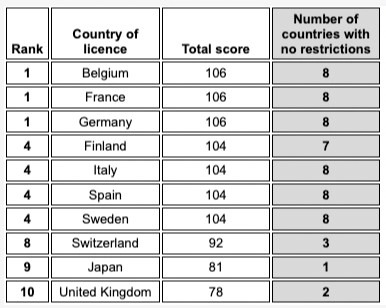 The only country where it is not valid at all (among those examined by Zutobi, of course) is China: upon arrival, you must necessarily call a taxi, because with the tricolor license you cannot drive any vehicle.

We need to deepen the “more complicated restrictions” to which Zutobi awarded only one point in:

While the international driving permit must be exhibited in:

Here is where you can move with an Italian driving license for 6 or 12 months at the end of which it is necessary to apply for a local driving license, without having to take the driving test:

Finally, the 8 countries where the Italian driving license is valid without limits the time to expiration:

There is a single difference between the Italian driving license and the best ones and is to be found in Japan. In Tokyo, as in the rest of the country, a German, a Belgian, or a Frenchman, unlike us, can circulate without an international driving permit but freely for one year, at the end of which he will have to apply for a local license, without taking an exam. 6 against 4, two points that determine our total of 104 against 106 which earned us the top spot.

Curious is the agreement reached with Mexico, where an Italian can drive until the license expires, that is, up to 10 years as if he were in Italy. But the dynamics don’t work the other way around. Mexico is by far the country with the least “powerful” driving license among those listed: a Mexican on vacation with us needs an international driving permit, but more generally the license issued by the Mexican Ministry has never obtained the maximum score.

Before the rear, there is Russia, next to last, and China, third last: in both cases the 8 points were obtained only against Mexico.