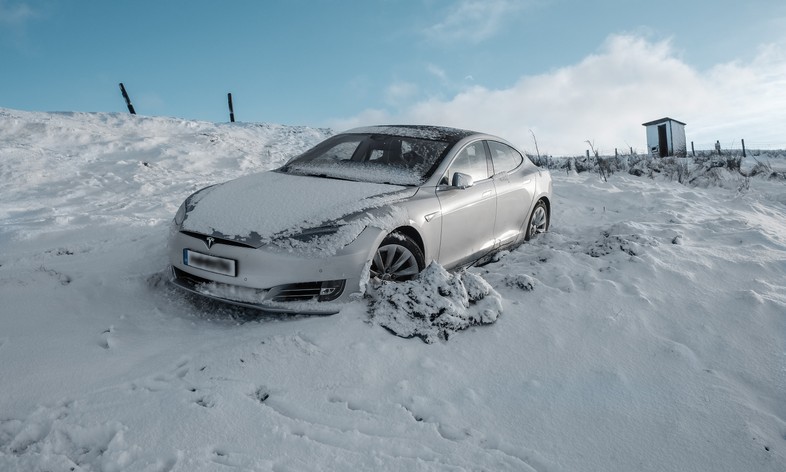 Winter and low temperatures have been here for some time. Who owns an electric car probably noticed that the autonomy has progressively decreased as the outside temperature has dropped. This is a well-known phenomenon and has nothing to do with battery degradation. In fact, with the return of summer, autonomy tends to rise again. 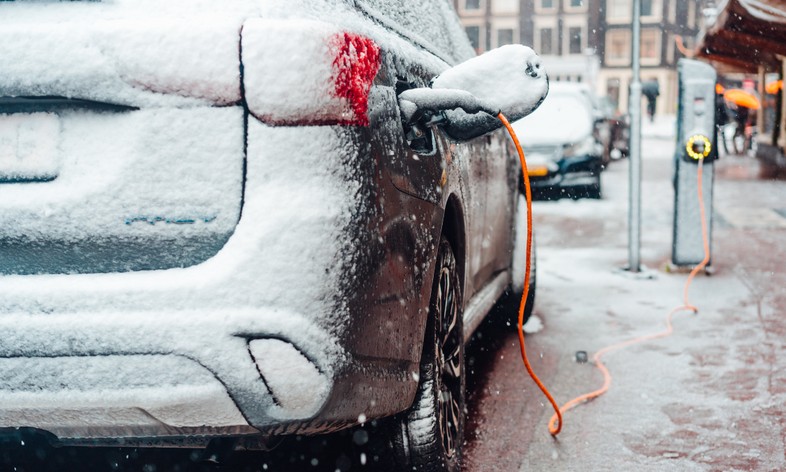 Electric cars, as we know, “suffer from the cold“, in some cases even in a sensitive way. In these conditions, the electricity from the battery is used both to heat the passenger compartment and to bring the cells to the right temperature, and this translates into an increase in consumption. they must be kept within a precise range of temperatures to function at their best.

Below a certain temperature, chemical reactions take place more slowly and therefore the battery loses its efficiency. The cold, therefore, leads to a decrease in autonomy and also in the maximum power at which the vehicle can be recharged in direct current.

Precisely for this reason, electric cars usually have a system that preheats the battery pack to allow the maximum possible yield. The most recent models can also be fitted with a heat pump which optimizes the consumption of the air conditioning system, limiting the loss of autonomy. But to people who buy or intend to buy an electric car, the performance and chemistry of the battery pack are of very little concern. What they want to know is in practice how much mileage they will lose during the winter season.

Obviously, with the evolution of battery technology, it is hoped that this phenomenon can be quickly overcome or at least mitigated, although many manufacturers, to lower the costs of electric cars, want to use LFP type cells that are very sensitive to low temperatures. But with a BMS that manages the temperature in the best possible way of accumulators, the loss of mileage in cold climates should be resolved, at least in part.

Before coming to some “cold numbers” of an interesting report on this topic, I report my direct experience, the result of two years driving an electric car. I’m not talking about vehicles tested for HDMotori but about my car, a BMW i3S with a 42.2 kWh battery (usable about 39 kWh). I would like to point out immediately that the car has a heat pump, an essential accessory for an electric car as it allows you to optimize the consumption of the air conditioning during the cold season.

Is there a loss with low temperatures? Yes, and it can reduce the autonomy by quite a bit. Annoying phenomenon especially when the battery pack does not have a large capacity. In an ambient temperature range between 5 to 10 degrees (average temperatures of the winter period where I live) the drop is quite significant. Consumption in average use (speeds between 50 – 80 km / h) rise from an average of 13.5 kWh in the summer to around 15.3-15.5 kWh. Thanks to the increase in consumption and lower battery performance, the estimated maximum distance go from about 280-290 km in the summer period (on routes always with speeds between 50-80 km / h) to 230-240 km. So, we are talking about a drop of around 18%. And the loss gets worse if temperatures drop further. That’s why I tend to preheat the accumulator before leaving, along with the passenger compartment.

To give a practical example, I report the comparison of a trip carried out first in the summer and then a couple of months later in the middle of autumn. We are talking about a route (mostly state) carried out in August of about 130 km with fully loaded cars, air conditioning, and an outside temperature of around 34 degrees. When finished, the battery was still 59%.

In mid-November with a departure temperature of 14 degrees and a minimum of 4 degrees along the way, no additional loads (suitcases, bags …), and no use of the air conditioning, the car had arrived at its destination with a 52% charge residual. Before departure, the battery had not been preheated.

On the subject of the loss of autonomy in winter, the last one is a very interesting Recurrent report who can count on one community of over 7,000 electric car owners in the United States. Through an app, these users get a monthly report on the vehicle’s operating status based on a series of vehicle usage parameters. The most interesting thing is that Recurrent also uses car data to carry out more generalized analyzes that allow you to check, for example, the performance of electric cars in particular situations, just like during the winter season.

In the last analysis, Recurrent takes into account 13 electric models including the BMW i3. The report shows that on some models the loss of autonomy is very significant, for others, however, much less.

It is worth noting that the report takes into consideration the comparison between the mileage values ​​with a temperature of about 21 degrees and the winter ones with temperatures between almost minus 7 and minus 1. Therefore, extremely harsh climates can further penalize performance accumulators. These are average values ​​based on the data collected from users.

For example, speaking of the BMW i3 (version with 42.2 kWh battery), the report highlights one loss of autonomy around 24% in the worst-case scenario. Recurrent, for each model considered, also offers an interesting graph that allows you to observe the progressive loss of autonomy depending on the temperature. For those who want to learn more, the link is in the Source.

Among the cars that have obtained the worst result is the Ford Mustang Mach-E which with the accumulator of greater capacity has registered a loss of mileage of 28%. Even worse did the Chevy Bolt with a 60 kWh battery (with a decrease of 32%) which, however, is not marketed in Italy. On the other hand, the excellent results of all Tesla thanks above all to the excellent thermal management of their battery pack. Looking, for example, at the graph of Model Y, you can see that the variations are minimal.

In the list of cars considered in the report, there is also the Hyundai Kona Electric (64 kWh battery) that accompanied us on our journey to the 2021 Munich Motor Show.

The crossover suffers from the cold although not as bad as other battery-powered cars. According to the data obtained by users, the average decrease in autonomy is around 18%.

Finally, Recurrent provides some useful tips to better manage the electric car during the winter season. Most electric vehicles have a preconditioning system that can be activated remotely from the app that heats both the battery and the passenger compartment.

If available it is better to use heated seats which consume less energy than the air conditioner. If possible it is also advisable to decrease the regenerative braking which could still be reduced until the battery warms up. In extreme cases, excessively powerful regenerative braking could lead to unexpected reactions of the car. And for those who own a Tesla, the suggestion is to leave it connected to a power outlet. By having an active battery thermal management system, the car will use mains power and not battery power.