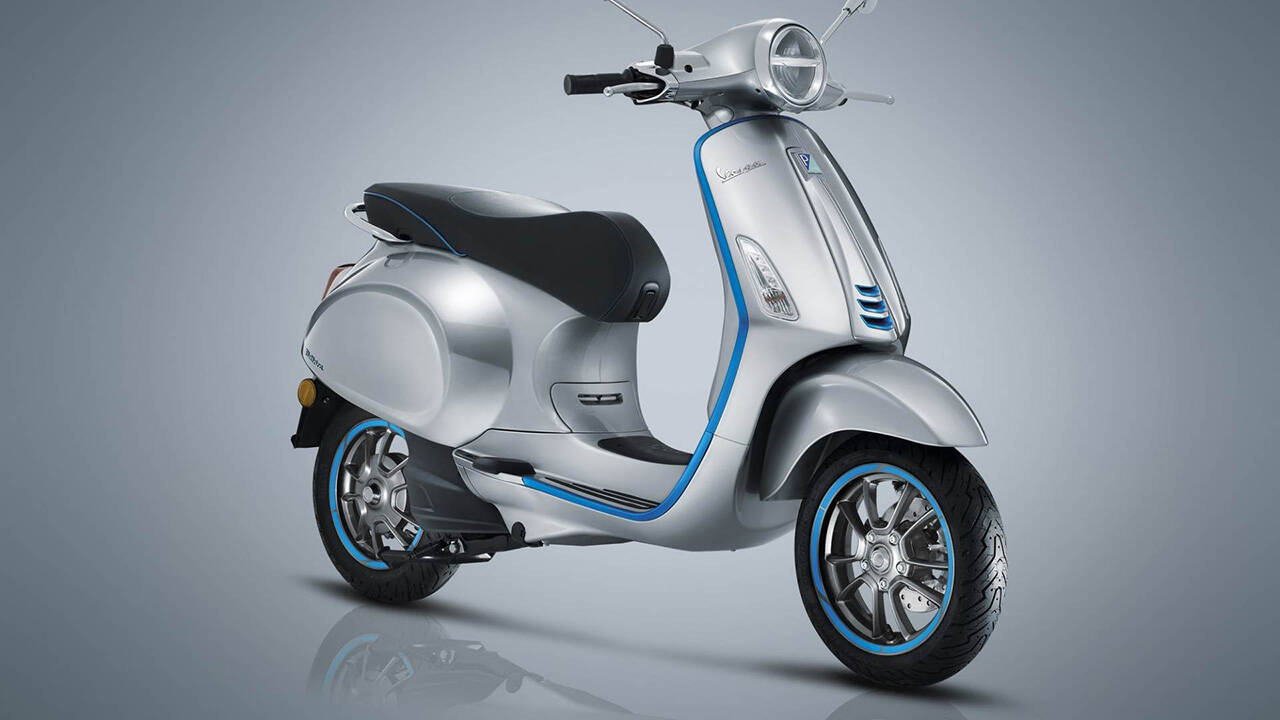 Scooter e electric motorcycles are becoming an increasingly popular means of transport, especially since the situation linked to the Coronavirus pandemic has forced some people to consider private transport. Furthermore, emission limits and the ban on the sale of gasoline vehicles are pushing the market towards the much-proclaimed electrical transition.

What is an electric scooter?

When we talk about electric scooters, we mean those two-wheeled vehicles characterized by a centrally open frame and from one lower platform which allows the handler a driving position with the torso upright and with the legs parallel.

An electric scooter is very similar to any other endothermic scooter except it is powered by a rechargeable battery. Moreover, thanks to an immediate and practically constant couple, the performance eScooters are generally higher compared to their gasoline counterparts. In addition, thanks to the absence of a combustion engine, you will no longer have to worry about the noise or heat generated during the stop at the traffic light: a considerable comfort. 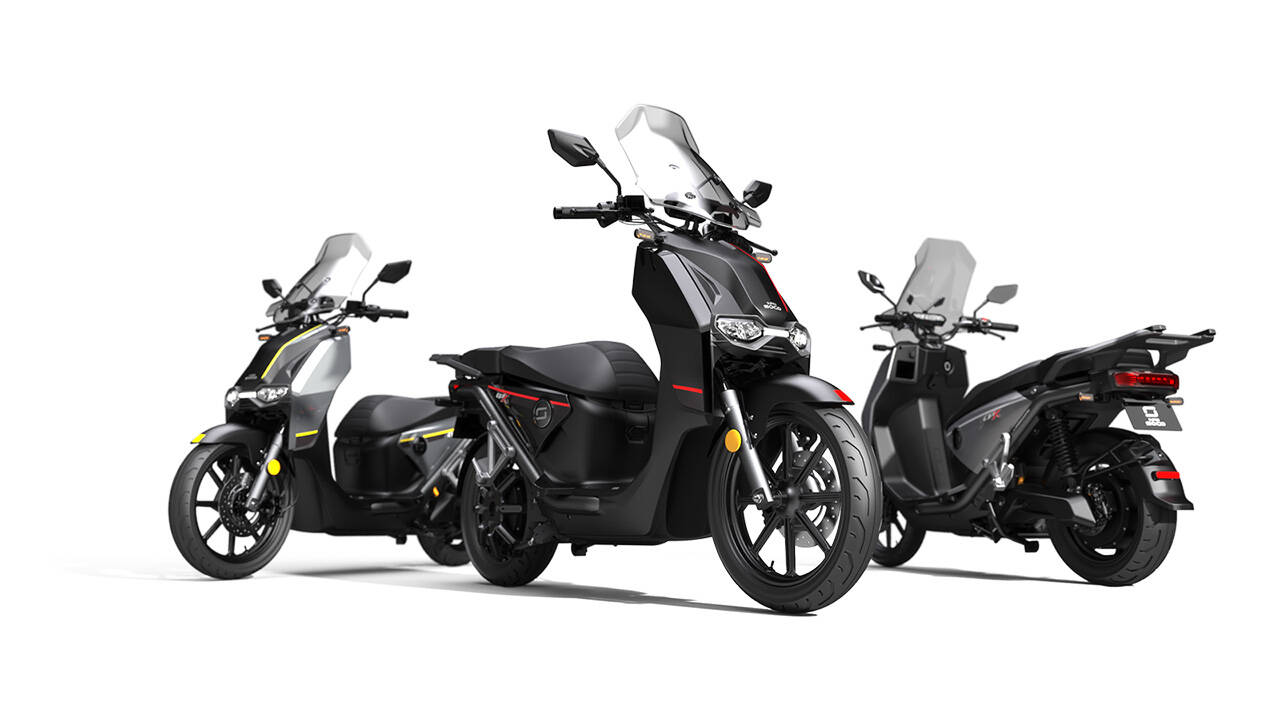 What are the best electric scooters?

Difficult to say for sure as the market already offers one almost infinite series of models with various peculiarities; in general we would like to say that, unlike a few years ago, nowadays you could find one or more models perfect for your needs. Almost all the manufacturers have adapted to the needs of the market, even the legendary Piaggio has recently unveiled the Electric Vespa.

On average, the autonomy of the models on sale allows one distance between 70 and 150 km; this is a reduced autonomy compared to the petrol counterparts, but still more than enough to avoid any “refill anxiety”. A clarification though: some manufacturers indicate how much autonomy could be reduced if a passenger; it is not uncommon to find words “140 Km (at 45 Km / h with driver weight 75 Kg, 2 batteries)”.

Unlike electric cars, which require a charging station (private or public), eScooters almost always have a removable battery. This means that there is no need to park in a stall, but you can take the battery out and recharge it comfortably at home or in the office. In addition, the ability to remove the battery dramatically increases safety and will discourage any malicious people.

The duration of refueling depends on the capacity of the batteries and the power of the charger. In any case, with the “battery swap,” you can almost reset the parking time as long as you have a second battery available.

How do you drive?

Despite what you might think, the weight of scooters is not very far from that of a petrol scooter. The weight of the battery is very low and the electric powertrain, assisted by regenerative braking, ensures optimal performance in an urban environment. The speeds are similar to those of the petrol versions: 45 km / h for eScooters approved as a moped and 100 km / h (or more) for those approved as a motorcycle. Also for passengers, there are no particular differences, thanks to the reduced dimensions and the absence of heat sources, it is also possible that the journey will become more pleasant.

A distinction must be made between the initial cost and usage costs. To buy an eScooter you will probably have to deal with one higher spending compared to a more traditional petrol model; a cost which, however, could be reduced by accessing the incentives made available by the Government. Specifically, the categories of vehicles that fall within the eco-bonus are L1e, L2e, L3e, L4e, L5e, L6e, and L7e, as classified by article 47 of the Highway Code. More in detail, while stocks last, the bonus includes:

THE usage costs instead are significantly lower: a full tank costs drastically less, and the maintenance is negligible. The only component that will require maintenance will be the tires; the brakes, thanks to the presence of regenerative braking, are used less than a petrol vehicle.

Does the battery take up space?

Modern lithium batteries do not compromise on-board habitability, consequently, there are no particular differences; you will almost certainly be able to insert a helmet under the saddle and place a bag or backpack on the platform.

Which driving license do you need?

Their classification eScooter is similar to that of endothermic scooters but it is necessary to do some clarity. First of all, it should be specified that the watershed is the power of 4 kW; if the power is lower than this threshold, you enter the class L1, i.e. means that are unable to overcome the 45 km / h and therefore they can be conducted by everyone, even by minors (from 14 years upwards).

Wanting to necessarily make a dualism, the eScooters with a power lower than 4 kW are similar to the 50ini, that is the motors with a displacement of 50cc. If the power grows, you enter the scooter/motorcycle category and the driving license B or A1. However, there is a condition to be respected: the power must be between 4 and 11 kW. If an electric scooter were to have one power between 11 and 35 kW, then the motorcyclist must have obtained the driving license A2. If the threshold of 35 kW, you will need to have the driving license A3.

Can I travel on the motorway?

At present they are few models that can cover high-speed routes this is because the Highway Code prohibits access on ring roads and highways to vehicles with a power of less than 11 kW. Before embarking on the journey it is good to always check.