Seeing a Samsung smartphone with different chips depending on the market is nothing new. And soon we could have confirmation that this treatment will be reserved for one of the key players in the Samsung catalog, that is Galaxy A53, the model that will be called to occupy the most strategic point of the mid-range.

We have already seen the renderings of him in November, which anticipate a design very close to the Galaxy A52 predecessor and – speaking of changes under the body – to the Galaxy A52s recently arrived with Snapdragon 778G SoC (instead of the A52 4G’s Snapdragon 720G and of the Snapdragon 750G of A52 5G). The rumors that have emerged in the last few hours concerning the hardware: it seems that Samsung has plans to market two different versions of the same device. 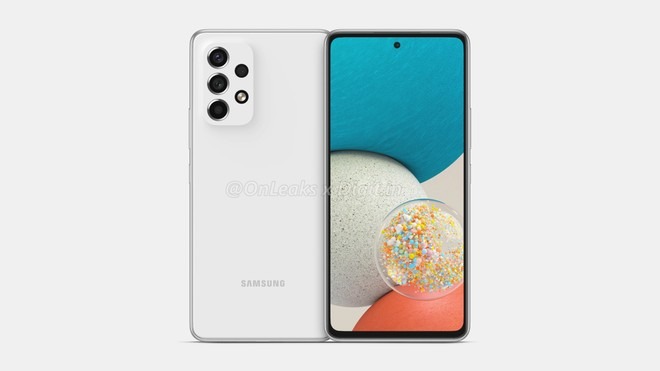 In particular, SM-A536B should be the model arriving on the European markets, and therefore probably also on the Italian one, while SM-A538E would instead be marketed in Africa, India, and the Middle East area. But what will differentiate these two variants of the Galaxy A53 in practice, beyond the arid code? The answer lies in the chip: in Europe, it should indeed come with Proprietary SoC – it is assumed the Exynos 1200 -, while on the other markets Samsung should adopt a different solution, still unknown (perhaps still a Snapdragon?). Both smartphones, however, will support 5G networks.

That of Samsung, if confirmed by the facts, could be a choice dictated not so much by a deliberate desire to diversify the offer, but by the lack of chips that will continue over the next year, and which would require the adoption of this tactic. to ensure a constant and significant flow of units without incurring slowdowns along the supply chain. In short, however, we may know something official: for the debut, we are talking about the first months of 2022 (who knows, maybe in March like the previous model?).