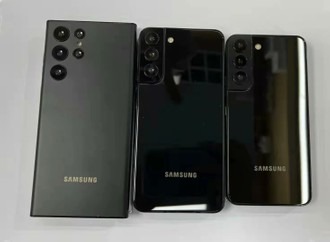 The images were posted on Twitter by the user Yogesh Brar and shared by the well-known insider Ice Universe; it is currently unclear whether these are real drives or mockups unofficial, but their reliability is still very high. As you can see, all the details that have emerged in the past months, starting from S22 Ultra’s design much closer to that of the Note series, compared to that adopted by the two S22s bases.

That the S22 Ultra was a Note in disguise had already emerged for some time, while only today it has become clear that both S22 and S22 + will adopt a back with glossy finish – probably in glastic – and that theirs photo module will be more protruding than the one present in the direct predecessors, a sign of an evident renewal as regards the photographic sensors used in these models.