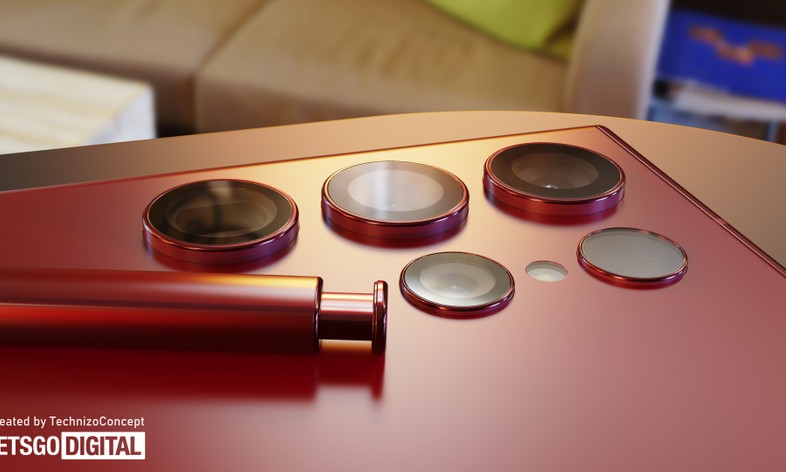 That Galaxy S22 Ultra will be a true heir not only spiritual but also the material of the Note series retired by Samsung, the design and above all the now certain inclusion of the S Pen in the body. A detail that might seem trivial, but that instead makes a big difference. The predecessor Galaxy S21 Ultra limits itself to offering support for the S Pen without evolving its technology and assigning to rather uncomfortable and ugly covers the task of keeping the stylus safe when not in use, while for Galaxy Z Fold 3 Samsung has studied a special version of the accessory, less sophisticated than the one that arrived with Galaxy Note 20 and equipped with a retractable stylus to not affect the folding screen which is not made of glass and therefore requires more caution.

Galaxy S22 Ultra instead will resume the thread of the Note series in all respects, and therefore will not just bring the S Pen back into the body of the smartphone, but will also go to evolve its technology. According to the latest rumors, reported by Zaryab Khan known for the YouTube channel XEETECHCARE in fact, the flagship will introduce the “Super Natural Writing Experience“, which is an incredibly natural and rendered on-screen writing experience with the stylus significant reduction in latency compared to the previous model.

Specifically, according to rumors, Galaxy S22 Ultra’s S Pen should offer a 2.8-millisecond response, which is more than three times faster compared to the S Pen with which the Galaxy Note 20 was equipped (equal to 9 milliseconds).

As for the main specifications of the smartphone, however, Galaxy S22 Ultra as we know will have five rear cameras, with the main sensor that should be from 108 MP with support HDR 12-bit. Finally, wired charging should be from 45W and the base model should offer 8GB of RAM. And if indeed the Galaxy S22 family will be officially unveiled with an Unpacked event on February 8, as they reiterate right now in South Korea, then it is not long before we know the complete identikit of the next Samsung flagships.