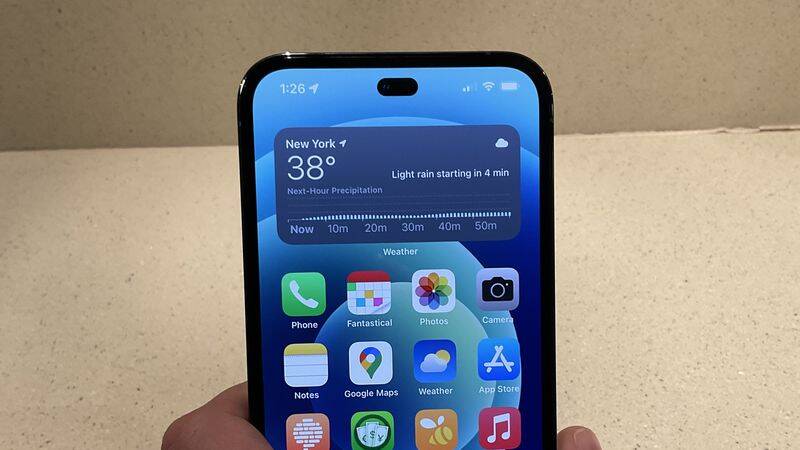 Rumors about the new iPhone series whose launch is scheduled for September 2022. The rumors, for now, focus mainly on the design from iPhone 14, since this series could be the first to do without the much-discussed notch.

More precisely, however, they should be iPhone 14 Pro And iPhone 14 Pro Max to implement a new front panel design, which could abandon the notch in favor of an elongated hole.

We can say that this hole is halfway between the notch and the “classic” hole – small and discreet – present on most Android smartphones and recalls the solution adopted by Samsung on the Galaxy S10 Plus. This hole is pill-shaped, having to host different components of the Face ID such as the flood illuminator and the infrared camera.

The rest of the components will be located under the screen, which will allow Apple to say goodbye once and for all to the notch and criticism for a judged design. obsolete.

The leakers suggest that the camera will be “hidden” in a distinct hole to the right of the Face ID; we say “hidden” because the cutout will be reflective, so the camera should be Invisible.

For the rest, it must be specified that I change they will only concern the “top” devices of the 14 series, iPhone 14 Pro and iPhone 14 Pro Max. Because even the “base” series say goodbye to the notch it could take a while longer.

Finally, the data on the processor leaked to coincide with the latest rumors about the design: these models will reportedly contain the SoC A16 Bionic made by Apple with a 5 nm production process.

A heads up this is for the Pros.