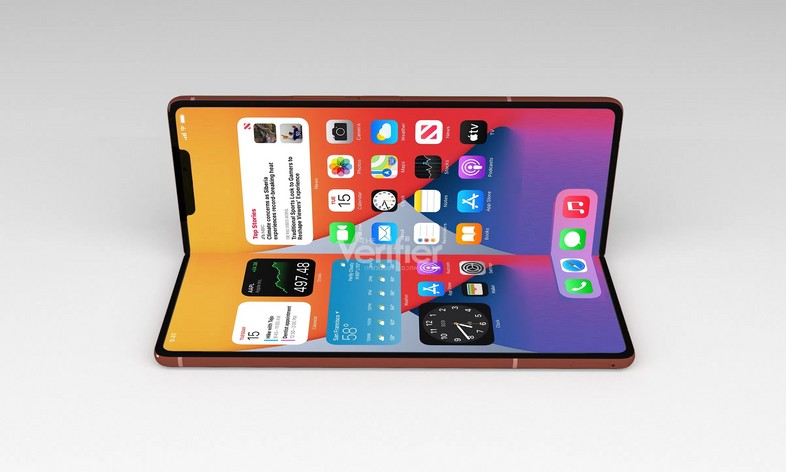 In the past few hours, the leaker known on Twitter as @dylandkt has released various information on the future of the iPhone – both about the Pro versions of the models coming this year, and the cheaper ones, such as the third generation SE, and the more experimental ones. , that is, the foldable ones. The news in concrete are not many, and broadly confirm rumors that have been chasing each other for some time: the gist is that the 14 Pro will have the hole in the display for the camera, the SE 3 will be a simple “spec bump” and the folding is still a long way off.

I am able to corroborate information regarding a hole punch camera for the pro models of the iPhone 14. Face ID hardware will be placed under the display. As a reassurance to any concerns, the functionality of these sensors have not been negatively affected by this change.

As several other leakers have already predicted, this autumn will come one of the most notable changes to the design of the Melafonini since the days of the X: goodbye to the notch and welcome hole in the display, which has been a standard in the Android landscape for years. The face recognition technology will still be present, but it will be hidden under the display. According to the source, the Face ID will work exactly like in previous models, without drops in accuracy or reliability caused by the new positioning.

* Update to this tweet! * The iPhone SE with a similar design to the XR / 11 with a slightly smaller screen size, has been pushed back to an expected release of 2024. For 2022, Apple will instead release an iPhone SE with 5G, a spec bump, and the same design as the 2020 model.

It will take another two years to see an iPhone SE with the look of “modern” iPhones (which by now is starting to have a few years as well, since it was born with the iPhone X of 2017). In 2022, a refresh of the current SE 2 will simply arrive, still based on the style of the iPhone 8 and earlier, with newer and above all components (especially SoCs) 5G connectivity. In 2024 the model based on the design of the iPhone X will arrive, therefore “full screen” with a notch.

1/3 For those who are curious about a foldable iPhone, Apple is definitely working and testing multiple prototypes that contain foldable displays. Too many compromises still exist with foldable display technology though.

As we know, Apple has been working on a foldable iPhone for years now, but it seems that it is still not even clear if the product will ever see the light. The source says that Apple is testing various prototypes and various solutions, but for now, the compromises to be accepted are still too high. The company would still be trying to understand if that of folding phones will be just a fad, 3D TV-style, or whether it will have a long-term following.