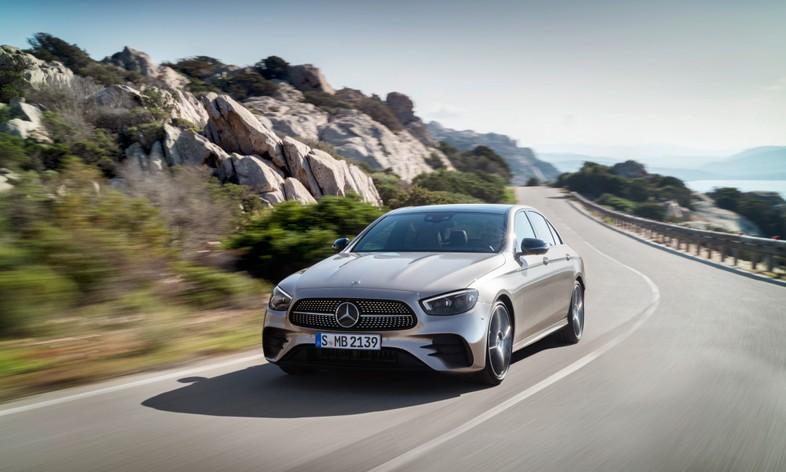 Mercedes is pursuing the development of the new generation of its E-Class. Some rumors even speak of a possible presentation by the end of the year. In any case, the new sedan has now been spied on during snow tests near the Arctic Circle. As we know, testing in extreme climatic conditions is very important for manufacturers who have the opportunity to put the mechanics of their new cars to a whim.

A spy video by CarSpyMedia allows you to take a closer look at the prototypes of the new E-Class. The cars still appear disguised even if a little less than in the past. From what can be seen, the manufacturer seems to have chosen to equip the new E-Class with a design style that echoes that of the new C-Class and S-Class. After all, Mercedes is generally cautious when it comes to changing the appearance of its best-selling vehicles.

As for the interior, the manufacturer should offer a solution similar to that of the S-Class. Therefore, large screens and the latest generation of the MBUX infotainment system. Of course, there will be the classic luxury that Mercedes offers to E-Class customers.

As for the engines, there will be Mild Hybrid and Plug-in units. Some rumors also speak of an AMG version equipped with an electrified 4-cylinder. These are details that, however, can only be discovered at the time of the presentation of the new model. In addition to the sedan version, Station Wagon and All-Terrain variants should arrive. On the other hand, there will be no E-Class Coupé and E-Class Cabrio versions that will be replaced by the Mercedes CLE.

All that remains is to wait for more information on the development of this car.